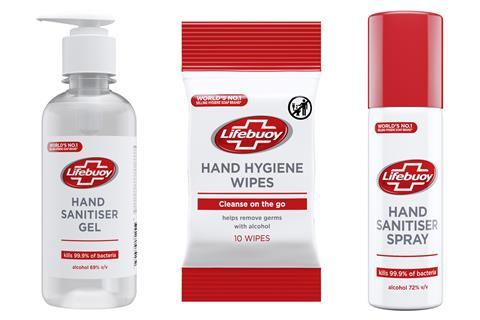 Unilever’s sales growth rose far above expectations in the third quarter on strong demand for Lifebuoy soap and other hygiene products, making it the latest consumer goods group to report buoyant figures in the pandemic (The Financial Times £).

Similarly to its rival Reckitt Benckiser, Unilever has been one of the winners of this pandemic, which caused increased demand for some of its home cleaning and food products (The Mail).

The boss of Unilever is ploughing ahead with unification plans after legal advisers suggested that the threat of a €11bn Dutch exit penalty would break laws including the European Convention of Human Rights (The Times £).

The boss of Unilever is confident a proposed Dutch “departure tax” will be ruled unlawful as the company unveiled better than expected third quarter sales (The Telegraph).

Asda takeover marks biggest test for EG’s debt-fuelled dealmakers, The Financial Times (£) writes in a long piece looking at the structure of the deal.

Guinness has launched a non-alcoholic version of its famous stout as the brewer seeks to broaden its appeal among increasingly health-conscious consumers (The Telegraph).

The brewers at the St James’s Gate brewery in Dublin have spent four years developing Guinness 0.0. They claim the new brew has “the same beautifully smooth taste, perfectly balanced flavour and unique dark colour of Guinness, without the alcohol” (The Times £).

The non-alcoholic version is launched in the UK from next Monday in off-licences and supermarkets (The Telegraph).

Coca-Cola has declined to provide a financial outlook for investors even after loosened pandemic-related restrictions helped the soft drinks group stem a steep sales decline, saying it was impossible to predict consumption trends accurately as shutdowns are reimposed (The Financial Times £).

The boss of Coca-Cola has claimed that the fizzy drinks maker is “on the right path” after bouncing back from a second-quarter slump in sales to beat forecasts for the past three months (The Times £).

Supermarkets in Wales will not be allowed to sell items such as clothing and hardware during the Covid-19 firebreak lockdown, the first minister, Mark Drakeford, has said (The Guardian). Drakeford said it will be “made clear” to supermarkets they are only able to sell products that are classed as “essential goods”.

Chancellor Rishi Sunak pledged to provide billions of pounds of additional support for jobs and businesses as he conceded that the UK was facing a hard economic winter (The Financial Times £).

Hospitality, accommodation and leisure firms will be able to claim retrospective grants under new plans announced by the Chancellor (The Telegraph).

As pressure mounts on the government over its handling of the pandemic, the chancellor said he would launch a new grant scheme for firms facing tier 2 controls and cut the level of employer contributions companies must make to receive wage subsidies for their workers on the job support scheme (The Guardian).

Walmart has sued the US government in an attempt to pre-empt a possible Department of Justice lawsuit, arguing federal authorities are putting its pharmacists in an impossible position over how to handle opioid prescriptions (The Financial Times £).