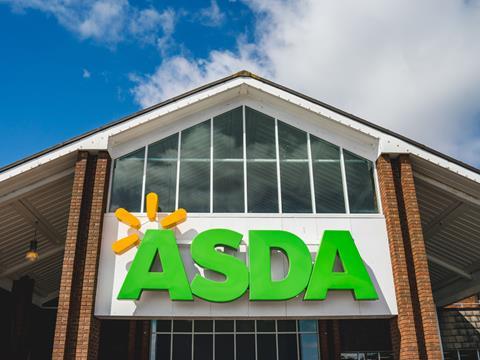 The American private equity giant that owns ticketing app Trainline is plotting a bid for Asda as the supermarket’s £14bn merger with rival Sainsbury’s teeters on the brink of collapse. The Sainsbury’s deal valued Asda at £7.3bn, but the chain would be expected to have a lower valuation in a listing or sale because there would not be the same economies of scale. (The Times £)

KKR, which owns online ticketing firm Trainline, is thought to be drawing up a takeover bid with the help of former Asda boss Tony De Nunzio (The Daily Mail). People with knowledge of KKR’s thinking confirmed that the US group is monitoring the situation, but cautioned that the interest was early-stage. Other private equity firms were quick to rule out their own interest on Sunday, explaining that there were many challenges for an outside investor to put together a successful deal. (The Financial Times £)

Walmart is locked in crisis talks with advisers over the future of Asda amid mounting speculation of a stock market listing or private equity buyout. (The Telegraph)

A top investor in Sainsbury’s has said it will back the supermarket if it launches a legal fight with the competition regulator over its £12 billion merger with Asda. (The Times £)

After an unexpectedly harsh verdict from UK regulators on the planned takeover of Asda by J Sainsbury, both supermarkets have said they will continue to make the case. At the same time, attention has turned to what Sainsbury’s boss Mike Coupe should do next. (The Financial Times £)

At an emergency board meeting on Wednesday, Coupe is said to have received unanimous support. The next meeting will be chaired by Martin Scicluna, also chairman of the insurer RSA, who is replacing Tyler at a critical juncture in the chain’s 150-year history. (The Times £)

Let’s stop the teeth-gnashing over doomed Sainsbury’s deal, writes Neil Collins in the FT. “It was designed to allow two companies to control 60 per cent of Britain’s most important consumer industry, dressed up as a defence against big beasts from abroad.” (The Financial Times £)

Asda’s ‘lost identity’ and Sainsbury’s ‘search for salvation’. The supermarket giants face being left on the shelf, writes The Telegraph.

Sainsbury’s workers suffered a £76.9 million paper loss on their shares last week after the supermarket’s proposed merger with Asda faced a major setback. Employees, who own 6.7% of the business through its share reward scheme, were hit when an interim report by the competition regulator wiped 22% off the company’s value. (The Daily Mail)

Country Life butter and Cathedral City cheese maker Dairy Crest is to be snapped up in a near £1bn deal after a Canadian dairy giant dismissed Brexit fears to make its first foray into the UK (The Telegraph).

Shares of Dairy Crest jumped by 85p to 640p after news emerged of the offer from the Toronto-listed Saputo, taking the share price above the 620p offer price and suggesting that the terms may have to be sweetened or that a counterbidder could enter the fray (The Times £). Shares in Dairy Crest rose 17% during the week before the deal was announced on Friday, prompting some investors to question the move (The Financial Times £).

Saputo said it does not intend to make any material change in how Dairy Crests run. Saputo is understood to have no plans to change agreements with dairy farmer suppliers in Devon and Cornwall (The Guardian). Dairy processing giant Saputo signals most UK jobs will be safe, foreseeing “only limited rationalisation of employee roles” (Sky News)

Shares in Kraft Heinz dived 27% on Friday as Wall Street reacted with alarm to a “disastrous” update in which the company took a $15bn writedown and disclosed it was the subject of a probe by the Securities and Exchange Commission into its accounting policies in procurement (The Financial Times £). Warren Buffett’s investment firm is nursing a paper loss of more than $4 billion on its holding in Kraft Heinz after the foods group served up a plateful of bad news, including an annual loss and a heavily reduced quarterly dividend (The Times £). Shares in Kraft Heinz collapsed on Friday after the US food giant cut the value of its brands by more than $15bn after the market closed on Thursday (The Telegraph). Shares in the food and beverage giant Kraft Heinz fell nearly 25% in Friday trading, a day after the company wrote down by $15.4bn the value of its Kraft and Oscar Mayer brands (The Guardian). The news reflects changes in consumer trends away from processed foods to healthier alternatives, which has clashed directly with some of the firm’s most well-known products, such as Jell-O, Kool-Aid and Oscar Mayer hot dogs (Sky News). Kraft Heinz’s share price has plunged to a record low amid signs that customer appetite for the company’s processed foods is weakening (The BBC).

The government is expected next week to spell out its plan to mitigate a potential £9bn food-price shock from a no-deal Brexit, as analysts predict the cost of staples such as beef, cheddar cheese and tomatoes could soar. (The Guardian)

Retailers battle to keep shelves stocked as no-deal Brexit looms, writes The Financial Times (£), commenting that the cabinet battle over imposing tariffs could signal break with the era of cheap food.

The number of casual dining restaurants in Britain declined last year for the first time in almost a decade, figures have shown. (The Times £)

Fairtrade was going to save the world, now consumers fight to keep it going. Supermarkets now largely set their own ‘ethical’ production standards, and only a few big employers follow Fairtrade principles. So consumers must vote with their purses. (The Guardian)

The veganism boom does more for food company profits than the planet. Greggs is not the only business profiting from the market for plant-based products. (The Financial Times £)

Products high in salt and saturated fats are being marketed as healthy by leading supermarkets. The British Dietetic Association said stores including Tesco, Morrisons and Sainsbury’s were being “unhelpful” and “confusing” customers. (The BBC)