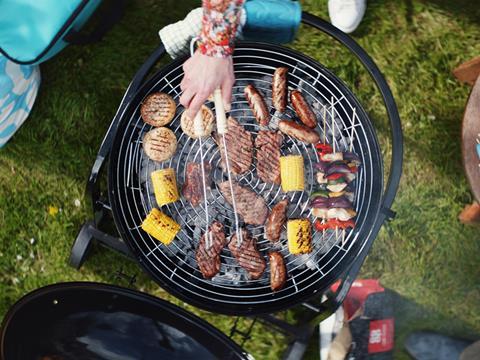 UK grocery sales climbed at the fastest pace this year in the three months to mid-July as warm weather and England’s trip to the World Cup semi-finals boosted demand for alcoholic drinks (Financial Times). Customers visited supermarkets an extra 13 million times over the last four weeks to stock up on booze and snacks for sports-watching at home or al fresco dining. This, according to the latest figures from Kantar Worldpanel, fuelled overall supermarket sales growth of 3.6 per cent over the last three months, with Asda doing particularly well out of it (Daily Mail). In the week of England’s victories against Colombia and Sweden, supermarkets sold £287m of alcoholic drinks, more than in any other week on record outside of Christmas and Easter (The Independent).

Britain’s carbon dioxide shortage held back Britvic from making the most of the UK heatwave, the drinks maker (Financial Times). UK revenue increased just under 2% year-on-year in its third quarter, which ended on July 8, excluding the impact of the new sugary drinks tax. The Europe-wide carbon dioxide shortage left the drinks firm unable to make the most of a surge in demand due to hot weather (Daily Mail).

Drinks maker Fever-Tree has upgraded its profit forecast for the year after reporting a 45 per cent jump in first-half revenues, despite lower margins. Shares rose 9% in early London trade on the news (Financial Times, Daily Mail). Founders Charles Rolls and Tim Warrillow booked a £60m paper profit within minutes of stock markets opening as the company’s shares spiked (Telegraph). The surge in its share price meant that the 13-year-old drinks company was worth nearly as much as Royal Mail and outstripped the combined stock market value of WH Smith, Debenhams, the AA and Saga (The Guardian, The Times).

Poor trading in Nigeria has put Imperial Leather owner PZ Cussons in a lather as it booked a hefty fall in profits. Pre-tax profits sunk by 23pc to £67m for the year to May, as an ongoing squeeze on household spending, and a push into the region by Arla Foods, hit PZ Cussons’ Nigerian soap and milk sales (The Telegraph).The Original Source owner, was also squeezed by UK consumers tightening their belts, but has partially offset the slowdown by bringing forward new product launches.

A Heinz baked beans advert has been banned for a second time for comparing their nutritional value to that of a protein shake (Sky News).

Kimberly-Clark, the US company behind Kleenex tissues and Huggies nappies, has warned that rising input costs will hit its profits, in the latest sign of effects of price pressures across the American economy (Financial Times). The group said that for 2018, it now expects inflation in “key input costs” to come in between $675m and $775m, up from its previous estimate of between $400m and $550m.

Moët-owner LVMH surged to a record half year even as the world’s biggest luxury group warned about the potential impact of a global trade war on consumer sentiment (Financial Times).

Visitors to some of the UK’s most popular tourist attractions are to be offered half-price entry in exchange for used plastic drinks bottles, as part of a trial starting on Wednesday which gives instant incentives for recycling In a tie-up between theme park operator Merlin and drinks giant Coca-Cola (The Guardian).