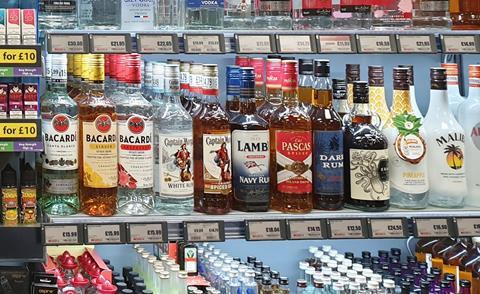 Britain is facing a Christmas alcohol shortage unless the government does more to address the lack of HGV drivers, a group of 48 wine and spirits companies have told the transport secretary (The Guardian).

They say rising costs and supply chain chaos have held up wine and spirit deliveries, with imports taking up to five times longer than a year ago (The Times £).

The Wine and Spirit Trade Association told Grant Shapps that unless the government does not act to ease the problem, then its members fear they “will fall deeper into delivery chaos” (Sky News).

The WSTA said delivery orders were taking up to five times longer to process than a year ago, creating “hugely damaging” impacts for businesses and consumers (The Financial Times £).

Consumers can expect a “scaled-back” Christmas this year as retailers reduce the range of products available to cope with supply chain pressures, MPs have been told (Sky News).

Britain’s factories are struggling to meet the record demand for their goods as severe supply constraints put a brake on production lines, the latest snapshot of activity has shown (The Guardian).

Lidl will create 4,000 new jobs in Britain in the next four years and add 100 stores, continuing its brick-and-mortar expansion as competitors target deliveries (The Financial Times £).

Its latest UK accounts published on Wednesday morning showed revenues climbed 12% to £7.7bn in the 12 months to the end of February (BBC News).

Keeping shelves stocked is “harder work than ever before”, the UK boss of Lidl has said as shortages of drivers, warehouse workers and food processing staff put pressure on grocery supply chains (The Guardian).

The introduction of short-term visas will not solve labour shortages in the food industry, the boss of Lidl has warned, adding that the retailer was working “harder than ever before” to keep shelves stocked (The Times £).

Drinks maker Britvic has hiked its dividend payment by 12% after reporting a solid recovery in sales following the easing of lockdown restrictions (The Mail).

Marks & Spencer is facing a backlash for preaching about its sustainability values while opting to redevelop its Oxford Street store instead of undertaking a climate-friendly retrofit (The Times £).

US fast-food chain Wendy’s is accelerating expansion in the UK and preparing to launch in France, Germany and Spain after a strong start to its return to the continent (The Financial Times £).

Nando’s has called 2020 “the most challenging year” in its 34-year history as the chicken chain revealed annual pre-tax losses have more than doubled to £240m (The Financial Times £).

Thanksgiving feasts will be back again in the US after the pandemic disrupted them last year. But Americans will be paying more to celebrate when they gather around dinner tables this Thursday (The Financial Times £).