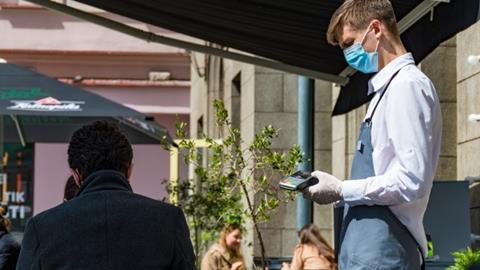 Rishi Sunak on Thursday announced a new “job support scheme” designed to prop up workers and businesses through the looming Covid-19 winter, but the chancellor warned: “I cannot save every job.” (The Financial Times £).

The government will cover almost a quarter of pay for workers in “viable” jobs for the next six months, the chancellor said as he outlined plans that will take over from the furlough scheme when it finishes at the end of October (The Guardian).

Retailers have warned they will struggle after the Chancellor failed to extend the business rates holiday (The Telegraph).

Restaurant and pub bosses warned they will be forced to shut sites and cut jobs as they said the Chancellor’s latest support would not cover the damage caused by curfew rules (The Telegraph).

Morrisons has become the first large supermarket to reinstate rationing on items such as toilet roll and disinfectant after the tightening of coronavirus measures (The Guardian). The story follows a report by The Grocer yesterday on the new restrictions.

Shares in Pets at Home shot up by a fifth after the retailer said it would make more money than expected this year as pet owners splash the cash on their pooches and cats, and more Britons become pet owners (The Telegraph).

The popular pet supplies retailer said shopping habits have been returning to normal levels after the strict lockdowns that started in March were eased (The Mail).

The pet shop and veterinary chain said in a surprise trading update that it had experienced double-digit growth in sales (The Times £).

Pets at Home stock shows no sign of rolling over and dying for anyone, says The Financial Times (£) as it looks at yesterday’s bullish trading update.

Strong sales of furniture, DIY goods and groceries have pushed the volume of goods sold by retailers and wholesalers to their highest level in 18 months, according to the CBI (The Guardian).

Covid-19 has exposed the world’s fragile, complex food supply chains, writes The Financial Times (£). Disrupted distribution has amplified concerns about the ethics and ecology of what we eat.