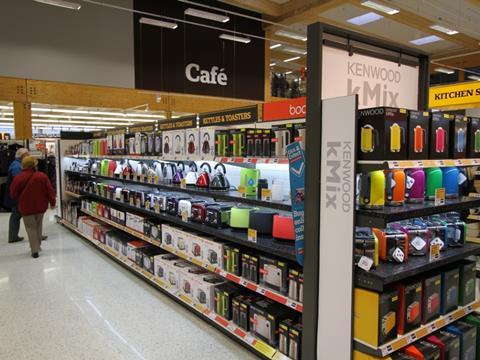 Retailers in Wales on Monday called on the principality’s devolved government to allow an “inform not enforce” policy over the sale of non-essential goods, as business frustration over inconsistent and ambiguous lockdown rules across the UK grows (The Financial Times £).

Tesco has apologised after a customer was told that period products were not being sold in its Welsh stores because of the devolved administration’s ban on selling non-essential items during the firebreak lockdown (The Guardian).

Diageo has swooped on a Herefordshire gin and vodka distillery founded by the entrepreneur behind Tyrrells crisps (The Times £). The FTSE 100 drinks multinational has agreed to buy Chase Distillery, which was founded in 2008 by William Chase for an undisclosed sum.

Once declared bankrupt, William Chase is set for a major payday following the sale of his gin and vodka producer for an undisclosed sum (The Telegraph).

Banning fishing in 5% more of the ocean would boost global fish catches by at least 20% in future, a study by the University of California and the National Geographic Society found (The Times £).

The bottler of Coca-Cola products in Britain is looking to extend its global presence by taking over its Australasian counterpart (The Times £). Coca-Cola European Partners is proposing a takeover that values the equity of the Sydney-based Coca-Cola Amatil at A$8.7bn (£4.7 bn). A deal would create the largest Coca-Cola bottling company in the world by revenue.

Newly listed The Hut Group has upgraded full-year revenue forecasts after sales climbed during the pandemic (The Financial Times £).

In its first update since going public last month, The Hut raised its full-year revenue guidance to between about £1.48bn and about £1.52bn, an increase from its forecast issued at the time of the float of £1.43bn and representing a growth rate of up to 33% (The Times £).

The Lombard column in The Financial Times (£) says The Hut Group has an Ocado-like tinge: “Plenty of promises about end-to-end ecommerce solutions for slow off the mark retailers, and a pretty share price despite not much profit.”

The government on Monday warned restaurants not to abuse coronavirus restrictions by exploiting a loophole for “business lunches” to fill their tables during the Covid-19 pandemic (The Financial Times £).

Boots is to offer a coronavirus testing service it says can return results from swab tests in only 12 minutes (The Guardian).

The new £45 ceiling on contactless card payments probably caused supermarket spending to rise over the late summer and early autumn period, and not panic buying, according to new data from Nationwide Building Society (The Mail). Compared to the same time span in 2019, total expenditure in stores rose by 23% to £1.5bin from August 10 and October 4 and were up by over 10% against the eight weeks before the lockdown.