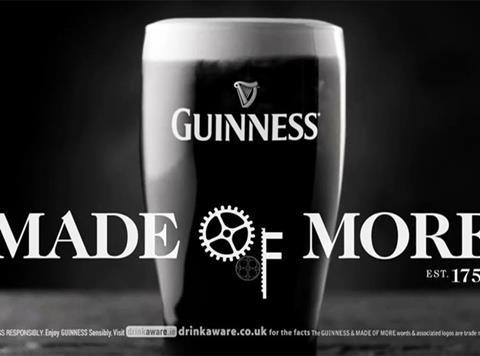 The world’s biggest drinks company rewarded investors for their patience during the turnaround of the past four years by accompanying strong full-year results with the launch of a £1.5 billion share buyback programme (The Times £). Diageo hits all-time high on share buyback and profit upgrade, writes the FT after the world’s biggest distiller said it would buy back £1.5bn in shares as it raised its profitability targets on the back of a 25 per cent rise in full-year pre-tax profits (The Financial Times £). The Smirnoff vodka and Johnnie Walker whisky maker said it had further reduced the costs of running the business and so had been able to free up the money for the shareholder windfall (The Telegraph).

The FT’s Lombard column says the market has woken up to three positive factors for Diageo. “First, the cash has been hard won, and quickly: from efficiencies in the supply chain and savings across the business. Second, there is still plenty of balance-sheet capacity for acquisitions — and Diageo is targeting fast-growing premium tequila. Third, premiumisation continues apace but sales rose on volume, not just price.” (The Financial Times £)

Nestlé, which was targeted last month by Daniel Loeb, the US activist investor, failed to deliver an expected rebound in sales growth in the first half of 2017, increasing the pressure on Mark Schneider, the chief executive, ahead of a strategy revamp this year (The Financial Times £). Chocolate maker Nestle is opening its first factory in Japan to meet demand for exotic KitKats. Around 300 varieties have been introduced in Japan, with flavours such as green tea, custard pudding and ginger. (The Daily Mail)

Procter & Gamble bolstered its ammunition for the fight with activist investor Nelson Peltz on Thursday by bucking the gloom in the wider consumer goods sector and reporting earnings that were not as bad as investors had feared (The Financial Times £).

Boots ends 130 years of manufacturing as it sells off factories, writes The Guardian. Unions have raised concerns about the future of more than 1,000 UK manufacturing jobs after the owner of Boots sold its manufacturing business to France-based specialist Fareva, including the Nottingham factory that it opened in the 1930s. (The Guardian)

“BAT’s dividend yield is running out of puff”, writes The Times’ Tempus column. It advises readers to avoid British American Tobacco, noting the purchase of the remaining stake in Reynolds will bring benefits in a profitable market but the dividend yield is not that good. (The Times £).

Retailers earned another bumper month of sales in July as warm weather encouraged shoppers to hit the high street in force, spending more money despite rising inflation and restrained pay growth (The Telegraph). Summer sunshine may be in short supply this week but warmer weather earlier this month has helped to lift retail sales in a welcome boost for the economy (The Times £). Sizzling weather in June coaxed shoppers onto the high street, with almost half of retailers reporting a pick-up in sales growth, according to the latest survey from the CBI (The Financial Times £).

The takeaway-ordering website Just Eat plans to move upmarket and take on Deliveroo and UberEats by working with branded restaurant chains in the UK. Just Eat tends to work with independent local restaurants such as curry houses, while Deliveroo and UberEats largely focus on more upmarket restaurants and chains (The Financial Times £). Takeaway ordering website Just Eat has upped the size of its trial with a number of branded restaurant chains in a bid to fend off competition from rivals (The Telegraph). Online food delivery firm Just Eat says it plans to work with more chain restaurants such as Burger King and KFC as it looks to springboard off a 46 per cent profit rise (The Daily Mail).

Amazon brushed off a series of Twitter attacks from President Trump to beat Wall Street’s expectations for second quarter sales last night but big investments in video and property pushed profit down by more than 75% (The Times £). Amazon sales rose in the second quarter but profits plunged, as the e-commerce giant spent heavily in a bid to become the go-to shop globally for everything from food to television (The BBC). Amazon on Thursday issued a rosy sales outlook for the current quarter, but an earnings miss sent shares in the e-commerce behemoth lower in extended trading (The Financial Times £)

Starbucks announced plans last night to close hundreds of stores as its sales fell short of expectations. The American coffee chain will shut all 379 of its Teavana outlets over the next year, cutting about 3,300 roles. Many of the division’s stores had been “persistently underperforming”. (The Times £)