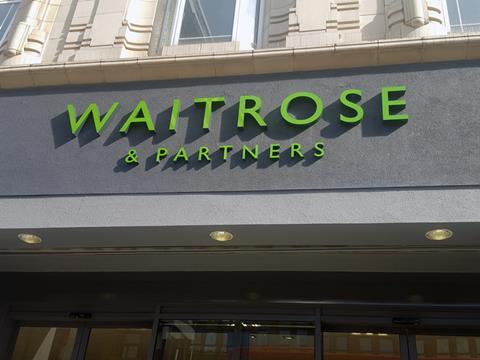 John Lewis Partnership will name James Bailey, a former executive at Sainsbury’s, head of the Waitrose supermarket chain as part of a broader reorganisation of management roles at the employee-owned business (The Financial Times £). Dame Sharon White, head of the John Lewis Partnership, is likely to announce that James Bailey will be Waitrose’s next leader (The Times £). Waitrose will this week turn to a former Sainsbury’s executive to steer it through the coronavirus crisis as its struggling parent, the John Lewis Partnership, hammers out a blueprint aimed at securing its long-term survival (Sky News).

Senior management at John Lewis have started discussions on which department stores should not reopen once lockdown ends. (The Telegraph)

Marks and Spencer warned it was unlikely to pay a dividend for its current financial year and said the coronavirus crisis had forced it to accelerate plans to overhaul the business (The Financial Times £). Marks & Spencer has waived next year’s dividend, secured a relaxation of its banking terms and accessed a government funding scheme (The Times £). Marks and Spencer has scrapped next year’s dividend as it looks to cut costs and preserve cash (The Guardian). Marks & Spencer said it plans to scrap this year’s dividend and take other steps to shore up its finances in order to cope with the impact of the coronavirus crisis (The Daily Mail).

The boss of Marks & Spencer is not taking a pay cut despite furloughing staff and cancelling its £210m final dividend. (The Daily Mail)

Marks & Spencer vowed to make a radical break with the past under the slogan “never the same again” as it axed its dividend for next year and shored up its coffers in response to the coronavirus outbreak (The Telegraph).

Congratulations to Marks & Spencer for coming up with the most depressing corporate slogan in the history of the high street – the best that this storied institution could come up with was “never the same again”, prompting the obvious question: if never the same again, then what next exactly? (The Telegraph)

The big weekly shop has made a comeback with supermarkets reporting record trolley loads as Britons develop new lockdown routines. (The Guardian)

So-called silver servers have flocked to online grocery shopping as millions of older people shut indoors seek grocery deliveries over the internet (The Telegraph). Customers over 65 have doubled the amount they spend on online groceries since lockdown (The Daily Mail).

Retail sales have fallen at their joint fastest rate on record this month, according to the CBI (The Times £). Almost two-fifths of Britain’s retailers have closed for business completely as a result of a Covid-19 lockdown that has prompted a collapse in consumer spending unmatched since the financial crisis in late 2008 (The Guardian). Retailers suffered a “historic” collapse in sales as the lockdown set in as even food retailers reported a slowdown, according to new CBI figures (Sky News).

Fast food fans have been buoyed by news that burger chain McDonald’s is testing reopening a branch this week. (The BBC)

PepsiCo was on Tuesday cheering its decision to keep its food and beverage businesses together, as customers munching on its snacks under lockdown helped the company offset a slump in demand for fizzy drinks in bars and restaurants. (The Financial Times £)

Coca-Cola European Partners has scrapped financial guidance for the year as it warned of a significant drop in trading since the start of the pandemic. (The Telegraph)

Britain’s biggest lobby group for property companies has started to thrash out a deal with the Treasury to secure support for landlords facing billions of pounds in lost or deferred rents. (The Times £)

The government’s new loans for small businesses may fail to launch on Monday as planned because of legal problems and the need to create new digital systems, according to senior bankers. (The Times £)

Amazon is poised to report both soaring expenses and blockbuster earnings on Thursday, making clear the initial costs of its breakneck expansion to meet the heavy demands of the coronavirus crisis. (The Financial Times £)

Coronavirus will hasten the decline in the use of cash as people make a long-term switch to digital payments, experts say. (The BBC)

Imperial Brands, the tobacco group behind Blu vaping products, has applied for marketing approval in the United States after a clampdown by regulators. (The Times £)

Donald Trump has issued an executive order to force meat-processing factories to remain open, as concerns mount about the US food supply chain after the closure of several big plants because of Covid-19 outbreaks. (The Financial Times £)