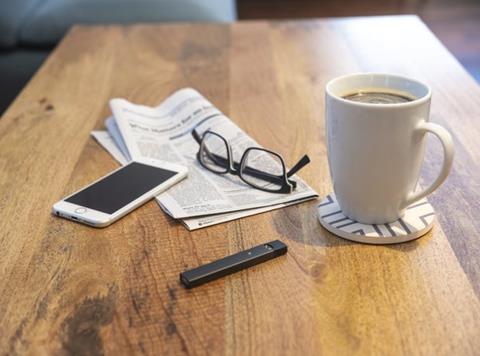 Altria, the company behind Marlboro cigarettes, is in talks to take a stake in Juul Labs, the US$16bn ecigarette start-up that has seized three-quarters of the US vaping market since its launch in 2015, according to the FT. The two companies have held on-and-off talks for several months, said one person close to Altria. (The Financial Times £)

Unilever has emerged as the front runner in the race to buy Glaxosmithkline’s Horlicks malt drinks business. The Anglo-Dutch consumer goods firm is understood to have pulled ahead of rivals after a last-minute, all-cash offer. (The Daily Mail)

Unilever should not overpay for its India bolt-on Horlicks, writes the FT’s Lex column. “There is scope in any bolt-on acquisition to save costs. Regional expansion is possible too [and] the domestic outlook for the Horlicks unit has also improved. But, given the high sticker price, execution will have to be flawless.” (The Financial Times £)

John Lewis may have had a storming Black Friday, but it appears that other retailers were less successful. BDO said that like-for-like sales in physical stores had grown by less than 0.5%. The fall came as shopper visits to high streets fell by 6.5% compared with the same time last year, the biggest drop in three years. (The Times £)

High Street favourite Marks & Spencer is no longer flavour of the month with City analysts. In a note to clients yesterday, Royal Bank of Canada said it would take longer than expected for M&S to turn around its key food business. (The Daily Mail)

Kellogg’s is to put “traffic light” labelling on most of its cereal packs sold in the UK from January, having previously refused to do so. The UK government’s voluntary scheme, introduced in 2013, indicates how much salt, sugar or fat foods contain. (The BBC)

Restaurant Group shares plunge 15% after more than a third of investors oppose £559m Wagamama takeover deal (The Daily Mail). Restaurant Group’s proposed takeover of Wagamama has been given the go-ahead. However, 40% of shareholders voted against the controversial deal, which values the noodle bar’s outlets at about £4m each (The Guardian).

Some 40% of Restaurant Group shareholders voted with their stomachs, and opposed the deal — the biggest vote against a UK company acquisition in three years, according to research group Proxy Insight. “What is a wonder is that 60 per cent supported it”, writes the FT’s Lombard column. (The Financial Times £)

The FT’s Lex column also looks at Uber’s bid for Deliveroo, writing: “If Uber cancels its order for London-based food delivery business Deliveroo it will not be because the US group has lost its appetite for takeaways… Deliveroo may be a well-funded local success story with about a fifth of the market and a higher average price point than Uber Eats, but the company’s hoped for valuation always sounded ambitious.” (The Financial Times £)

Mead, one of the world’s oldest alcoholic drinks, has been making a comeback on the back of the boom in craft beer. (The Guardian)

A drop in half-year profits has put a dampener on a forthcoming deadline for bids that could lead to Europe’s biggest packaging firm RPC Group being taken private. (The Times £)

Some 40% of Restaurant Group shareholders voted with their stomachs, and opposed the deal — the biggest vote against a UK company acquisition in three years, according to research group Proxy Insight. “What is a wonder is that 60 per cent supported it”, writes the FT’s Lombard column. (The Financial Times £)

Competition for shelf space in US consumers’ pantries shows few signs of letting up, with JM Smucker becoming the latest food & beverage company to flag lower prices for key products like peanut butter, coffee and pet food. (The Financial Times £)