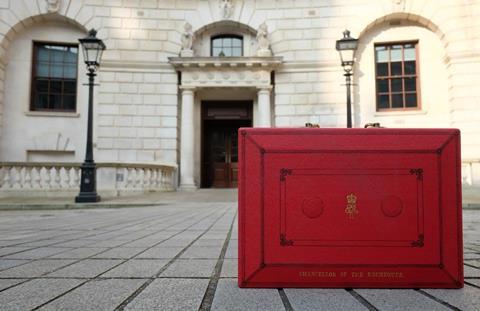 Some of Britain’s biggest banks are sounding the alarm bell over an increase in the contactless payment limits to £100 amid expectations that Rishi Sunak will unveil it as part of a ‘Brexit dividend’ in this week’s Budget. (Sky News)

Virgin Wines toasted a sparkling debut as investors, not for the first time this year, filled up on a stock market newbie. Shares in the online wine retailer were sold at 197p ahead of its float but they closed 15.7% higher at 228p yesterday, valuing the company at just shy of £130m. (The Times £)

Danone has sought to calm an acrimonious public fight with activist shareholders by agreeing to split the chairman and chief executive roles now both held by Emmanuel Faber. (The Financial Times £)

“Headhunters will have a tough job filling this one,” writes The FT’s Lex column. “Danone underperforms peers such as Nestlé and Unilever on a range of metrics including returns and forecast growth. Its markets are looking sluggish. Consumers are turning away from environmentally harmful bottled water. Lower birth rates are denting demand for infant formula.” (The Financial Times £)

Chocoholics turned to the internet during the Covid-19 pandemic, helping Hotel Chocolat increase sales and profits despite the high street lockdowns (The Guardian). Locked-down Britons indulging in mood-lifting chocolate treats helped lift sales and profits at Hotel Chocolat over the second half of last year, with the company saying it has no plans to shut down permanently any of its 125 shops in the UK (The Daily Mail).

Supermarket Morrisons is set to fall out of the FTSE 100 for the first time in five years after straggling behind rival grocers during the pandemic. (The Daily Mail)

From autonomous harvesting robots and drones that can spray crops, to artificial intelligence, and the use of “big data”, farmers around the world are turning to high-tech solutions to address issues ranging from food insecurity, to climate change, and pandemic-induced staff cuts. (The BBC)

Taiwanese pineapples have become the latest victim of deteriorating cross-strait relations, after Chinese authorities suddenly banned imports of the fruit. The ban, which begn on Monday and is indefinite, was announced by the Chinese customs office on Friday. (The Guardian)