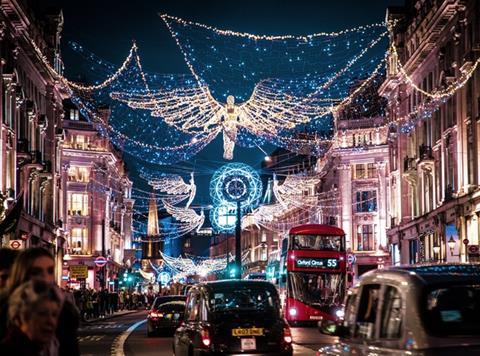 Shops are to be allowed to stay open for longer in the run-up to Christmas under a major relaxation of rules announced to help revive High Street stores hammered by coronavirus restrictions (The Telegraph). Shops will be given permission to trade around the clock as the high street tries to recoup some of the losses it has suffered during the pandemic, a cabinet minister has said (The Guardian).

The biggest overhaul of agricultural policies in half a century has been unveiled by the government in a bid to create more sustainable farming and tackle climate change (Sky News). England’s countryside will radically change after the Brexit transition period, the government has confirmed. There will be more trees, meadows and wetlands - and fewer sheep and cows as controversial EU farm subsidies are phased out. (The BBC)

One of the most prominent figures in British hospitality has warned that Boris Johnson’s latest restrictions will “destroy” the industry and seriously harm thousands of people’s lives (The Times £). The head of one of the UK’s largest hospitality businesses has said it would be “unviable” to open many sites in central London after the second lockdown ends, as data show footfall is unlikely to recover soon in the capital despite the looser restrictions (The Financial Times £). Hospitality bosses voiced rage at being “scapegoated” by the government yesterday and warned that the latest Covid rules could leave the industry in “smouldering ruins” (The Times £).

Hospitality and retail businesses face a “tidal wave” of evictions in the New Year if the government fails to extend a moratorium on landlords collecting rents, industry experts have warned. (Sky News)

‘Christmas slots went in five hours’: The Guardian looks at how online supermarket Ocado became a lockdown winner. (The Guardian)

Retail sales on Black Friday have fallen sharply despite a boom in online spending as non-essential shops remain closed on England’s high streets during the second coronavirus lockdown (The Guardian). Black Friday started earlier this year as shoppers turned to online services during the pandemic (The BBC).

Consumer goods group Reckitt Benckiser has filed a £1bn legal claim against Indivior related to an opioid addiction treatment sold by its former subsidiary, causing the drugmaker’s shares to lose a fifth of their value (The Financial Times £). Reckitt Benckiser, the consumer goods group, has filed a £1.1 billion legal claim against Indivior, its former drugs company, almost halving its share price (The Times £)

The FT suggests Reckitt’s recent share price dip has created a buying opportunity. It writes: “The so-called winners of this pandemic will soon have to reckon with the unwinding of pandemic-linked share price gains. There are more strings to Reckitt’s bow than supporting frantic hand washing, however, and we don’t think the recent softening of the share price is fully merited.” (The Financial Times £)

The bosses of five lockdown winners, including Tesco, Sainsbury’s and B&M, received £45m in dividends after their firms’ profits were fuelled by big tax breaks. Retailers and hospitality firms were handed £10billion of business rates relief this year. (The Daily Mail)

John Lewis has joined other retailers in extending shop opening hours to help to manage crowds of festive shoppers. However, it is shutting its international business only weeks before it typically receives a flurry of orders from expats and overseas shoppers. (The Times £)

A group of leading UK supermarkets have joined together to take a stand against a racist online backlash that followed Sainsbury’s Christmas advertisement featuring a black family. Aldi, Asda, Co-op, Iceland, Lidl, Marks & Spencer, Sainsbury’s, Tesco and Waitrose ran their adverts back-to-back during two primetime slots on Channel 4 on Friday evening. (The Guardian)

In wider retail, thousands of jobs are hanging in the balance in a crunch week for the high street as Sir Philip Green’s retail empire and Britain’s largest department stores chain teeter on the brink of collapse (The Times £, The FT, The Guardian). There are fears Arcadia could become “the Carillion of retail” after it emerged Sir Philip Green’s business empire may go bust owing over half a billion pounds to pension scheme members and suppliers (The Telegraph). Sir Philip Green’s retail empire Arcadia, which includes Topshop, Burton and Dorothy Perkins, could face collapse within hours (The BBC, The Daily Mail).

In an interview with The Times, Hut Group billionaire boss Matt Moulding claims he has “paid the price” for failing to explain the need for his controversial golden share — and said it could help him create 10,000 jobs. (The Times £)

Australia’s biggest listed winemaker will diversify away from China as it said Beijing’s move to slap tariffs on imports from the country threatens almost a third of its earnings (The Financial Times £). China has slapped taxes of up to 212% on Australian wine amid continued wrangling with the Canberra government, including its backing for an inquiry into the source of the coronavirus pandemic (Sky News).

Three prominent French businessmen, including telecoms billionaire Xavier Niel, have joined forces to create a blank-cheque company that caters to the demand for organic food and more sustainable consumer goods. (The Financial Times £)

Can food delivery services save UK restaurants, asks The FT? Deliveroo and Uber Eats offer a lifeline but high fees drive businesses to launch own versions. (The Financial Times £)

Economic figures are grim, unemployment is shooting up and retailers across the country are battening down the hatches. Not Cake Box. The specialist cake chain last week reported upbeat half-year figures and said prospects are better than ever. (The Daily Mail)

Marks & Spencer directors have met in recent days to discuss the possibility of buying menswear brand Austin Reed alongside its sister label Jaeger, The Mail on Sunday can reveal. (The Daily Mail)

The FT writes that it will take time for 3G Capital to find better hunting grounds for its next megadeal. “The fund has said it may deploy more capital away from the consumer industry, a primary focus over the past decade. Good thing as its own special sauce has clearly gone off.” (The Financial Times £)

Prawns have lost their lustre as coronavirus lockdowns hit restaurant dining, but salmon has been in greater demand, according to a company that supplies nutritional products to farmed fish. (The Financial Times £)

Fortnum & Mason’s boss has urged the Government to drop its ‘crazy plan’ to cancel duty-free shopping. (The Daily Mail)