Media Bites 4 Aug: Eat Out To Help Out, Heineken, Hammerson 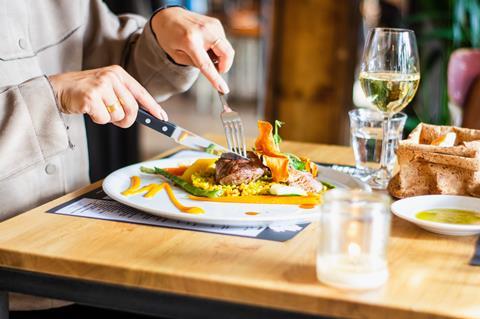 British high streets received a boost from the launch of the government-backed discount dining scheme on Monday, according to industry figures, as restaurants also reported a rise in interest from customers (The Guardian). Data on shopper visits showed that by 3pm on Monday the number of people hitting the high street was up nearly 30% on the same day last week, while across all destination including retail parks and shopping centres the rise was 19%.

According to a survey by the trade body UK Hospitality, more than 80 per cent of pubs and restaurants are taking part in the scheme (The Financial Times £).

Heineken fell to a first-half loss of €297m and told investors that while there had been a gradual recovery the situation remained “volatile and uncertain” (The Times £).

More than 3,000 jobs are in danger in the leisure and retail industries as Covid-19 continues to land heavy blows on the high street (The Times £). About 1,700 jobs are at risk from the collapse of DW Sports, the retailer and gym group, while Hays Travel will cut 878 jobs. Hundreds more are set to go at M&Co, the Scottish clothing chain, as part of a pre-pack administration that will lead to about 50 of its 260 shops closing.

Upmarket stores, such as Selfridges, Harrods and Fortnum & Mason, are struggling to survive the pandemic, writes The Mail.

Factory output rose at its fastest pace in nearly three years in the UK last month, a closely watched survey has suggested (The Times £). The IHS Markit/CIPS manufacturing purchasing managers’ index climbed further above the 50 mark that separates growth from contraction, rising from 50.1 in June to 53.3 in July.

Advertising spend across the UK media fell by more than £1bn year on year during the coronavirus lockdown, according to figures that reveal the government has become the UK’s biggest advertiser during the pandemic (The Guardian).

Few workers have heeded Boris Johnson’s plea to get back to offices as places in Birmingham and Canary Wharf in London remain deserted despite call to return after Covid lockdown (The Guardian).

Shopping centre owner Hammerson has confirmed it is considering tapping investors for cash and is in ‘advanced talks’ to sell its stake in continental European business VIA Outlets (The Mail).

South Africa’s ShopRite, Africa’s biggest grocer, has said it plans to exit Nigeria, the continent’s largest economy, which has been hit by falling oil prices in the pandemic (The Financial Times £).

The Japanese owner of 7-Eleven is making a $21bn (£15.9bn) bet on US convenience stores with a deal to buy almost 4,000 petrol stations to cement its position in North America (The Telegraph).

Japanese outbound M&A, underpinned by cheap money and a shrinking domestic population, is one of the few certainties in an uncertain world, writes The Financial Times (£) in the Lex column.

US meat producer Tyson has tapped a former technology and healthcare executive as its new chief executive as the group navigates disruptions caused by the pandemic (The Financial Times £). Current president Dean Banks will succeed Noel White in the top job on October 3.