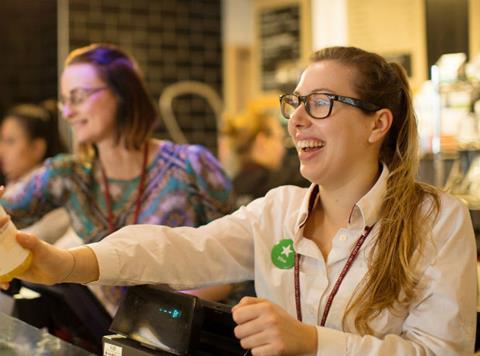 The high street shed 177,000 jobs in 2020 according to a study that predicts an even more devastating toll on retail jobs this year, with a further 200,000 expected to be lost (The Guardian). More than 176,000 retail jobs disappeared in 2020 and a larger number of losses are expected this year as shops continue to struggle under lockdowns, a retail research group has warned (The Financial Times £). Last year was the worst for the High Street in more than 25 years as the coronavirus accelerated the move towards online shopping, analysts say (The BBC).

A Mixed bag awaits retailers in year of two halves, writes The Telegraph, which predicts further pain to land on high street but that tech-savvy and local stores may flourish. (The Telegraph)

Kirin has agreed to buy a stake in Indian brewer Bira 91 as it looks to improve on a patchy record of overseas deals with its latest bet on the $90bn global craft beer industry. (The Financial Times £)

Supermarkets have toasted a record-breaking festive season, fuelled by tightened pandemic restrictions that shuttered “non-essential” shops, as well as pubs and restaurants. (The Telegraph)

Primark has said it will lose an additional £220m in sales as more stores are forced to close under new restrictions to control the spread of Covid-19 in the UK. (The Guardian)

The smooth start to post-Brexit border operations may be the “calm before the storm”, industry bosses have warned (Sky News). Only three lorries were turned away at the Kent border on New Year’s Day, making a mockery of dire predictions of chaos at the ports (The Daily Mail). With Britain having finally quit the EU single market and customs union, there were no early signs of feared chaos at the border in the first hours of 1 January 2021 (The Guardian).

The bosses of leisure giants including JD Wetherspoon and Marston’s warned this weekend of a cliff-edge for businesses in the spring as emergency Covid-19 support measures are withdrawn while the economy is still reeling from the effects of the pandemic. (The Times £)

UK restaurants and casual dining firms recorded almost 30,000 job losses in 2020 as the Covid-19 pandemic drove a 163% jump in redundancies. (The Guardian)

The 5% rate of VAT on women’s sanitary products - known as the “tampon tax” - has been scrapped (Sky News). The UK was able to get rid of the tax now because it is no longer subject to European Union rules on sanitary products (The BBC).

The FT’s Lex column suggests the trend for non-alcoholic drinks is here to stay. It writes: “Of the many new drinks being concocted, a lot will fail to win loyal fans. Some of the buzz around alt-alcohol may fade too. But, as with the rising popularity of meat substitutes, there is a solid foundation to this trend. Changing lifestyles mean non-alcoholic drinks are not just for January any more.” (The Financial Times £)

Jamie Oliver continues to count the cost of his failure with Jamie’s Italian. The celebrity chef pumped millions into the business before it collapsed in May 2019 as the demise of the chain halved profits at Oliver’s holding company, which handles his TV rights, books and endorsements. (The Times £)

For France’s heliciculteurs, or snail farmers, 2020 was a desperately sluggish year. With seasonal festivities all but cancelled, Christmas markets called off, a lack of tourists and restaurants shut down because of the coronavirus crisis, business has slowed to, well, a snail’s pace. (The Guardian)