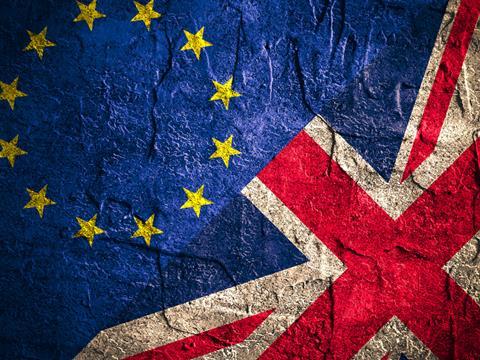 Extra paperwork required by Brexit will raise UK supermarkets’ cost of operating in Northern Ireland so much that some may pull out, a trade group warned. With a refrigerated truck typically carrying about 200 different lines, the requirement could add 40,000 pounds to the cost of every shipment across the Irish Sea. With profit margins already slender, the higher costs could prompt some retailers to turn their back on the province. (Bloomberg)

A “for sale” sign has been put up over Pizza Express after it agreed a restructuring with bondholders that will result in the closure of about 70 restaurants and the loss of up to 1,100 jobs (The Times £). Hony, which bought PizzaExpress in a debt-fuelled £900m deal in 2014, has agreed to take the Chinese arm of the business, leaving PizzaExpress’s UK and international sites, as well as the brand, in the control of its senior secured creditors unless a buyer is found (The Financial Times £). The 55-year-old company, owned by Chinese private equity firm Hony Capital, has debts of £735million and has put itself up for sale after bringing in experts (The Daily Mail). Pizza Express has become the latest chain to announce it is closing restaurants as the coronavirus pandemic causes a domino effect on Britain’s high streets, claiming 17,000 jobs in eateries and other food outlets in a matter of months (The Guardian). The chain the move on the “significantly more challenging environment” caused by the coronavirus pandemic (Sky News).

The competition watchdog has cleared the way for Amazon to take a stake in Deliveroo, the food delivery company, after finding that it would not deal a significant blow to competition in the sector (The Times £). The UK’s competition regulator has finally approved Amazon’s minority investment in Deliveroo after more than a year of deliberations, but warned that any attempt to take full control of the London-based food delivery company “could trigger a further investigation” (The Financial Times £). The competition watchdog has given Amazon the green light to buy a minority stake in Deliveroo, just over a year after the proposed deal was originally announced (The Daily Mail).

The world’s largest spirits maker Diageo has taken a £1.3bn writedown, becoming the latest drinks group to face impairment charges in the pandemic (The Financial Times £). The FTSE 100 drinks group behind Johnnie Walker and Guinness suffered a bigger fall in sales from the global coronavirus lockdown than the market had expected (The Times £). Locked down drinkers in the UK started buying booze online and baking with Baileys but that wasn’t enough to stop profits tumbling at the Guinness and Smirnoff owner Diageo, as Covid-19 forced the closure of pubs and bars (The Guardian). Diageo, the maker of Johnnie Walker whisky, Guinness and Smirnoff vodka, nursed a bad hangover today as it revealed how badly it has been hit by the closure of bars and pubs around the world due to the coronavirus pandemic (The Daily Mail)

Diageo served up a warning to investors that even the strongest of businesses have not been impervious to COVID-19, writes Sky News’ Ian King. The closure of bars and restaurants in response to the pandemic and the collapse in international travel - and hence sales of duty free goods - meant sales and profits fell in almost every geographic territory. (Sky News)

Ocado boss Tim Steiner has been named the best-paid boss in the FTSE 100 after a bumper year for the online grocer (The Daily Mail). The UK’s biggest listed companies have failed to address their bosses’ huge salaries during the coronavirus pandemic, a pay report claims (The BBC).

The closure of cafés and restaurants caused by the coronavirus pandemic has hit the newly listed coffee group JDE Peet’s, leading the company to report declining first-half sales in its first results since listing in Amsterdam in May. (The Financial Times £)