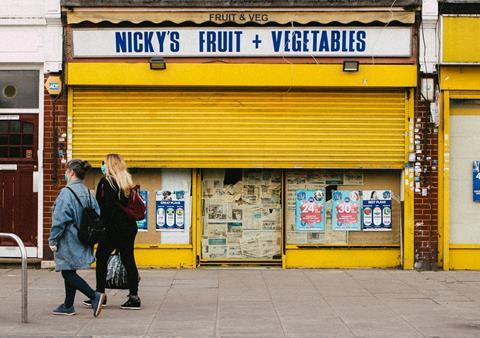 The new national lockdown will cause widespread business failures and job losses unless government support for businesses is urgently increased, ministers were warned last night (The Times £). Struggling businesses “may simply not be there” when the economy reopens after lockdown unless they are given further support, the government has been warned (Sky News). Business leaders reacted with dismay to the new lockdown, saying more state aid was vital to avoid firms collapsing (The BBC).

Aldi UK has reported a record Christmas performance, with sales rising 10.6% year-on-year in the four weeks to 24 December boosted by demand for premium products and champagne. (The Guardian)

Supermarkets’ online shopping operations came under strain as customers rushed to book deliveries ahead of the new coronavirus lockdown. Within a couple of hours of Prime Minister Boris Johnson’s speech to the nation on Monday, shoppers reported problems with Sainsbury’s and Tesco. (The BBC)

Unilever is set to begin consumer trials of a patented compound derived from seaweed that it says can create self-cleaning surfaces with applications from banknotes to odour-proof shoes. (The Financial Times £)

A Leeds-based maker of plant-based foods is to start supplying Leon and Pret A Manger, the high street chains, with its vegan burgers and meats. Meatless Farm’s meat-free patties, which are made out of pea protein, will be used in Leon’s Love burger and the company will soon announce a plant-based makeover of one of Pret’s classic menu items. (The Times £)

Mindful Chef has reported a surge in customer sign-ups as Britain starts the year facing new lockdown restrictions. The healthy recipe box company, which is promoted by Fearne Cotton, the presenter, said that there had been a sevenfold increase in sign-ups from the week before Christmas to the week after — which was higher than during the first national lockdown in March. (The Times £)

The amount of warehouse space taken up by businesses in Britain last year was more than two thirds higher than in 2019 as pandemic restrictions accelerated the growth of online retail. (The Times £)

Landlords are urging the government to take immediate action to prevent retailers “abusing” Britain’s insolvency framework by shifting the cost of “years of failings and underinvestment” on to property owners. (The Times £)

Manufacturing grew at its fastest pace in three years last month as factories rushed to complete work before the end of the post-Brexit transition period. (The Times £)