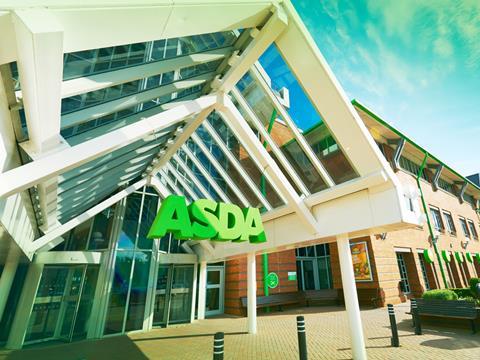 The papers this weekend have plenty of reactions to Asda being “back in British hands” (The Times £) after the £6.8bn deal was announced on Friday.

To earn a return on their investment, which valued Asda at £6.8bn, the Issas and their private equity backer, TDR Capital, plan to open Asda stores on Euro Garages forecourts, invest in the chain’s tired supermarkets — and, potentially, carve up dozens of them to fit in mini distribution centres for online shopping (The Times £). The supermarket is sprucing up its big box stores, adding takeaway counters and concessions in a bid to improve the customer experience (The Telegraph). UK’s third biggest supermarket chain vows to cut prices after £6.8bn takeover (The Daily Mail).

A number of the papers profile the Blackburn-based petrol station tycoons the Issa brothers who have become majority owners of Asda. The rags to riches story of the Issa brothers, two of Britain’s wealthiest businessmen, catches even those local leaders who have observed their rise at closer quarters by surprise (The Times £). The Telegraph writes that the brothers “learnt about hard graft from an early age”. It is the latest stage in the brothers’ extraordinary rags to riches story, which saw them turn a single petrol station in Bury into an empire of 5,900 branches (The Daily Mail). The timing of their petrol forecourt empire growth was spot on, with the big oil companies trying to offload their forecourts – with the brothers taking on those tired petrol stations and installing branches of Spar, Carrefour and other supermarket chains alongside Subway outlets, Burger King, Greggs and KFC (The Guardian).

The return of Asda to UK ownership will bring a fresh dynamic to the grocery market, writes The Mail’s Alex Brummer. “It underlines how smart the Competition Commission was to block the Asda merger with Sainsbury’s, which would have cut the number of big grocery chains from four to three… After a passage of time, we shouldn’t discount the idea of the Issa brothers and TDR Capital returning Asda to public markets vacated two decades ago.” (The Daily Mail)

The new owners of Asda paid only £55m in tax over the past five years on revenues of £37.5bn after a debt-fuelled rapid expansion of their petrol forecourt business (The Times £). The new owners of Asda have built a business empire fuelled by billions of pounds of debt, low tax bills and links to a string of global tax havens including Jersey and the Cayman Islands (The Daily Mail).

The FT looks at “how Walmart’s UK invasion fizzled out”. It writes: “Two decades on, Walmart has failed to realise its early ambitions. While Asda has hardly been a disaster for the US group — it retains a share of about 14.5 per cent of the UK grocery market — it has failed to upstage Tesco and has instead jostled with Sainsbury’s for the number-two position.” (The Financial Times £) What’s next for Asda after the Walmart era, asks The Telegraph?

Waitrose has stolen an early march on Ocado in the scrap for middle-class shoppers. Weekly orders on waitrose.com have grown to nearly 190,000 — a 20% increase since the split from Ocado just over a month ago (The Times £). Waitrose has claimed an early victory against Ocado in the race to woo middle class shoppers. Weekly orders have risen by 20% to 190,000 after its products were replaced by those from Marks & Spencer on Ocado’s website (The Daily Mail).

Tesco’s popularity among shoppers is on the rise after strategic initiatives such as its Aldi Price Match promise ramped up its appeal, analysts have revealed. Research from Swiss bank UBS indicates customers’ perception of Tesco’s prices, the near-record uptake of its Clubcard and its ‘net promoter score’ have all shot up since February. (The Daily Mail)

Steep US tariffs on single malt Scotch whisky threaten to drive distilleries to the wall unless ministers persuade Washington to lift them within weeks, industry leaders say. (The Times £)

The spread of local lockdowns has dragged consumer confidence back down to rock-bottom levels as the recovery loses momentum. (The Telegraph)

Food firms in the UK including McDonald’s are urging the government to toughen up rules designed to protect rainforests. (The BBC)

JBS bets on Amazon initiative to clean up environmental credentials. World’s largest meatpacker under the spotlight as investors sound the alarm on deforestation. (The Financial Times £)

Underscoring the steady nature of the asset class, the Liv-ex Fine Wine 100 index, which charts the price movements of 100 leading fine wines on the secondary market, fell only 1.1% between February and March. During this time, the S&P 500 plunged more than a third. (The Financial Times £)