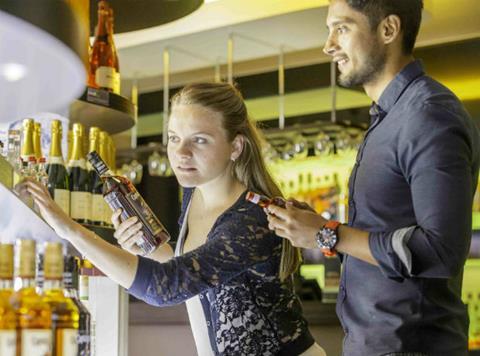 Diageo has locked horns with LVMH, the world’s biggest luxury goods firm, over a €181m unpaid dividend (The Telegraph). The spirits firm is taking legal action against French luxury goods giant over its refusal to pay a dividend relating to their previous high-end wine and spirits joint venture Moët Hennessy.

One person briefed on the situation said Moët Hennessy had originally intended to pay out a dividend for 2019, before backtracking because of the effect on its business of the coronavirus pandemic, a move approved by LVMH as majority shareholder (The Financial Times £).

Shopping centre owner Hammerson is aiming to raise more than £800m to see it through the coronavirus crisis, which has caused a collapse in rental income and raised questions over the future of the retail industry (The Financial Times £).

Hammerson also announced the proposed discounted sale of its interest in a designer outlets business as the shopping centre owner battles to avoid the fate of its collapsed rival Intu Properties (The Times £).

A separate analysis on Hammerson in The Times (£) says, “Wolf is kept from the door, but there’s no easy way out.”

The property group, which owns the Bullring in Birmingham and the Brent Cross shopping centre in north London, has a £3bn debt burden and said this month it was considering measures to manage its costs and cashflow (The Guardian).

Hammerson is plotting a shake-up of rent charges as it battles to survive after plunging to a £1bn loss (The Telegraph).

The second in a three-part series in The Times (£) on the Ocado joint venture with M&S explores whether the deal could prove to be the saviour of the historic high-street business.

One of Britain’s longest-serving restaurant bosses said the first three days of the Eat Out to Help Out scheme had been “the most astonishing I’ve ever experienced” amid soaring sales (The Times £). David Page, chairman of Fulham Shore, owner of the Franco Manca pizza chain and The Real Greek, said the group’s restaurants were “so busy even I couldn’t get a table if I wanted one”.

Page, who floated Pizza Express in 1993, aims to snap up vacant restaurant sites for new Franco Manca and The Real Greek outlets (The Telegraph).

Worries that pubs and bars in the UK will close to allow the reopening of schools have pushed down the price of bonds sold just two weeks ago by pub group Stonegate (The Financial Times £).

Wetherspoon is axing up to 130 head office jobs as it seeks to slash costs following a brutal crunch in the pub and restaurant industry (The Telegraph).

Travelex, the travel money firm, has struck a deal to stay in business, but will lose more than 1,300 jobs in the UK (The Times £).

Administrator PwC said the impact of a cyberattack followed by the coronavirus crisis hit the company (The Guardian).

The coronavirus crisis will deal a smaller blow to the UK jobs market than first feared but major risks remain over the recovery, the Bank of England said on Thursday (The Telegraph).

The Bank of England has warned lenders not to be tempted to turn off the credit taps this autumn, saying businesses face a £200bn cash shortfall and need financial support (The Times £).