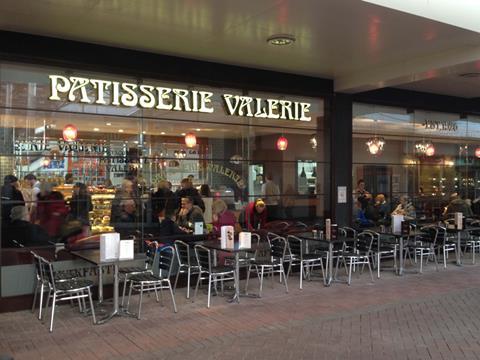 Patisserie Valerie’s new owner has insisted it has the money and skill to rebuild the company despite sacking the café chain’s top management to save money just days into a buyout from administrators. Matt Scaife said that Causeway was committed to Patisserie Valerie and that it would not have invested “if we didn’t think there were sensible risk-adjusted returns to be made” in the medium term. (The Financial Times £)

The interim chief executive of Just Eat has decided not to go for the job on a permanent basis, only three weeks after the takeaway delivery group had indicated that he was a candidate for the role (The Times £). The interim boss of Just Eat has ruled out throwing his hat in the ring for the permanent position leading the delivery giant (The Telegraph)

Sales at HelloFresh surged 43 per cent in the final quarter of 2018, paving the way for the Berlin-based meal-kit group to break even in the current year (The Financial Times £). Sales have surged at the UK online takeaway company Just Eat and the Berlin-based meal-kit firm HelloFresh, underlining the popularity of home-delivery services for fresh food (The Guardian).

Will bonus be slashed to zero at John Lewis, asks The Daily Mail? Staff are braced for bad news as the group fights the High Street crisis and Chairman Sir Charlie Mayfield warned that profits will be lower this year.

The head of Shepherd Neame, the 321-year-old Kent brewer, says he will not sell up. Jonathan Neame, chief executive of the family company, said that he believed the £250m sale by Fuller’s of its beer business, including London Pride ale and its Griffin brewery in west London, to Asahi, of Japan, was “very much a one-off deal”. (The Times £)

Almost 90% of UK shoppers use Amazon and 40% have access to its Prime subscription service, according to research that lays bare the challenge for high street retailers. (The Guardian)

Brexit uncertainty is allowing UK retailers to negotiate cheaper rent, according to industry executives including the boss of Urban Outfitters, who said the high street downturn presented a chance to expand even as he hit out at the political “mess” in Europe. (The Financial Times £)

Trendy peanut butter snacks contain so many calories they should be classed as meals, obesity campaigners have said. Food outlets including M&S, Pret and Pure are all selling peanut butter snacks which experts have described as having “unbelievably high” calorie contents. (The Telegraph)