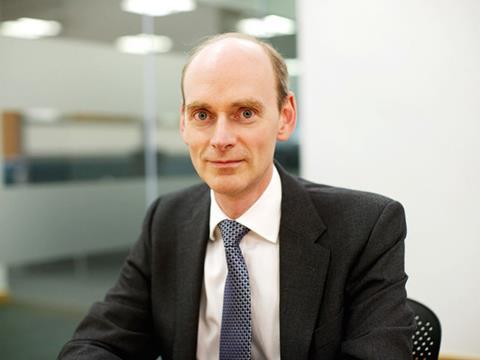 There is tonnes of coverage for the Co-op’s annual results and new M&S CEO Steve Rowe’s first quarterly update to the City, with news of Sainsbury’s dumping brand match also getting a look in.

The main focus for the Co-op is boss Richard Pennycook requesting a 60% pay cut as the mutual emerges from its crisis-stricken past, with his base salary dropping to £750,000 from £1.25m (The Telegraph) (The Financial Times) (The Independent). The Times notes the pain of the cut will be softened by his earnings of £3.6m in the 12 months to the beginning of January – and even with his reduced package he could still receive up to £1.2m a year if he hit all his performance targets. The Guardian pours cold water on the news, stating the “trumpeted” pay cut does not complete until 2017, with Pennycook still in line for more than £3m this year. The Financial Times’ Lex column jokingly says the move by Pennycook gives capitalism a bad name. “A chief executive, having completed a vital restructuring, blindsides his board with a demand for a totally different level of pay. This is the latest scandal at Co-operative Group, a mutual with £9bn in sales, from food to finance.”

The Guardian also notes the Co-op could bank an £82m windfall this autumn as it unwinds the travel joint venture it formed with Thomas Cook five years ago.

The fourth quarter update from Marks & Spencer arguably gains even more column inches than the Co-op. The Mail says the troubled retailer was kept afloat by food sales with new boss Steve Rowe pledging to make clothing his first priority. There is much focus in most articles on Rowe’s assessment of the performance of the long-suffering clothing division clothing division as “unsatisfactory” after posting another slump in sales (The Telegraph) (The Independent) (The Guardian). The FT writes Rowe found a surprising reason to be cheerful in his first week as chief executive of Marks and Spencer: “his company has performed so disappointingly, for so long, that poor trading conditions on the High Street are less likely to derail his recovery plan.” The Lombard column in the paper says Corbyn and Cameron could learn a thing or two from Steve Rowe who proved himself to be politically adept yesterday. The business blog in The Guardian says Rowe will need more than honesty about M&S’s underperformance to suceedd. “Rowe has made a good start. But it is only a start – it is not hard to knock a couple of pounds off a pair of leggings. M&S has been pledging to improve its clothing range for years and it hasn’t happened. The hard work starts now.” The paper writes in a separate column that M&S must pick a side: young and trendy or mature and affordable.

Finally, most papers pick up news that Sainsbury’s has pulled the plug on its brand match scheme to focus on everyday low prices (The Times) (The Mail) (The Independent) (The Telegraph).