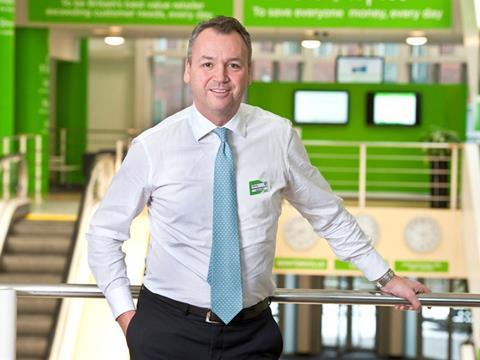 Asda is ready to go on the attack now that it has “shelved” CEO Andy Clarke, The Telegraph writes. Reacting to the news that Clarke has confirmed he will step down at some point in the future and hand over to incoming COO Roger Burnley, the paper says in a business editorial that it is “little surprise” that just 10 months after declaring he was ‘here to stay, Clarke has announced that he plans to step down. “Still, Clarke’s departure shouldn’t be interpreted as a sign that Walmart has admitted defeat in the UK.”

News that United Biscuits owner Yildiz is restructuring with plans for a London IPO by 2020 gets a fair bit of coverage. Read The Grocer’s story here. The Times goes with the headline: “British biscuits get set to take on the world.” And The Financial Times notes that Britons will have more choice in the biscuit tin if Yildiz succeeds in ambitions to serve up new cake and cookie varieties by consolidating its confectionery operations into a new UK-based company.

The FT also has an update on the arrival of Amazon Fresh in the UK. The paper reckons the service is expected to be announced as early as this week, according to people briefed on the plans. The move signals its willingness to fight costly battles in pursuit of market share and lure affluent customers from supermarkets, the paper says.

The Mail’s market report focuses on a bad day for investors in Ocado as shares sinks on fears of the internet threat from the likes of Amazon and a growing trend towards convenience stores.

And finally, the BHS saga rumbles on. The Telegraph reports that the owner of BHS at the time of its collapse was originally under the belief he would be able to buy the retailer without taking on its pension liabilities, a former adviser to Dominic Chappell has said. The Guardian reports that the management team of BHS has apologised to staff over the collapse of the company, blaming it on the failure of Dominic Chappell’s Retail Acquisitions consortium to raise funds that it had pledged to bring in.