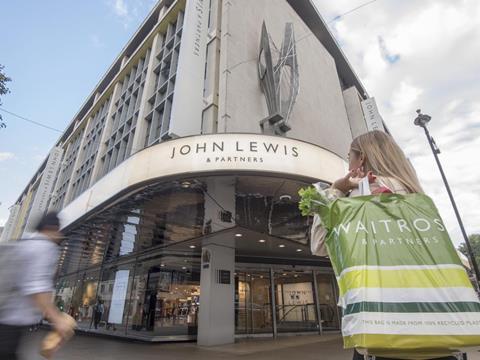 John Lewis is to sell fast fashion range from Waitrose supermarkets in move to bolster turnaround plan. Around 300 items will be stocked in 120 Waitrose supermarkets from the end of the month, with plans to expand (The Daily Mail). John Lewis has unveiled plans to launch a fast fashion range as Dame Sharon White forges ahead with an overhaul of the department store chain (The Telegraph).

Amazon’s key UK business paid just £3.8m more corporation tax last year than in 2019, even as sales increased by £1.89bn (The Guardian). Amazon has defended its contribution to the UK economy as 2020 accounts show its UK arm paid £18.3m in corporation tax as coronavirus crisis demand meant total group revenues passed £20bn in the country (Sky News). Amazon came under fire last night after it refused to disclose how much tax it paid on profits made in the UK (The Daily Mail).

Food retailer Iceland warned it expected availability problems because of lorry driver shortages to persist well into next year, reducing profits and raising prices for consumers. (The Financial Times £)

Surprisingly strong growth in both Chinese exports and German factory output have raised hopes that supply chain disruptions plaguing the global economy are beginning to ease. (The Times £)

French wine makers are expected to produce nearly a third less wine this year than usual, after their vineyards were struck by frosts, poor weather and disease during the spring and summer (The Guardian). French wine producers are facing their worst hit to volumes in decades after vineyards were hit by damaging frosts in late spring, according to the country’s government (Sky News)

A search for lower-carbon motor fuel is pitting food companies against the energy industry over tightening supplies of a humble commodity: vegetable oil. Fuel refiners including Marathon Petroleum and ExxonMobil are adding “renewable diesel” to their product mix in response to government incentives for cleaner fuels. The raw materials are typically edible oils extracted from plants or animal fat. (The Financial Times £)

Marks & Spencer’s showcase of new autumn looks is both a back-to-school moment in the British fashion industry calendar and a bellwether of which catwalk trends will successfully translate to the mass market. (The Guardian)

Some industry experts think that M&S is the perfect stock to try. In a note, analysts at UBS cheered on the high street stalwart and reckoned it had been a standout performer in terms of online growth. They didn’t seem too fussed about the fact that M&S is likely to suffer a decline in shop sales by next year, once the post-pandemic spending boom has eased. (The Times £)

The boom in online shopping boosted demand for DS Smith’s cardboard boxes and paper packaging and on Wednesday made it the biggest riser on the FTSE 100. (The Daily Mail)