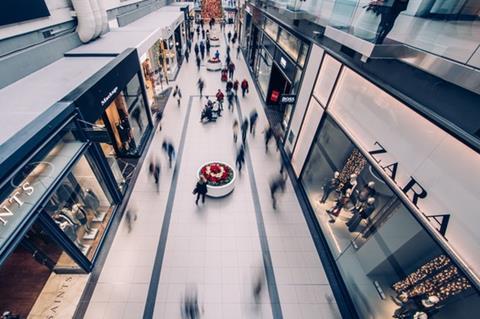 Growth in UK retail sales slowed markedly in the first three months of this year as Brexit uncertainty made shoppers more cautious, an industry body said (Financial Times £). Retail sales rose 0.6% in the first quarter of 2019 compared with a year earlier, far below the 1.8% growth rate recorded for the start of 2018, according to data from the British Retail Consortium and KPMG representing three-fifths of the sector. The BRC said the timing of Easter, on 21 April this year after falling on 1 April in 2018, was likely to have distorted the sales figures, as many shops were yet to experience a rush in sales ahead of the holiday period (The Guardian).

“Tesco’s results for last year are set to confirm the UK’s biggest grocer has staged a strong recovery under Dave Lewis,” writes Ruth Sunderland in the Daily Mail. “Tesco is expected to report pre-tax profits of £1.6 billion, compared with £1.3bn a year ago, according to stockbroker AJ Bell. This is a remarkable revival, considering that in 2014 the company reported its worst results ever, with a loss of £6.4bn.”

The small business commissioner and senior MPs have taken the highly unusual step of publicly criticising the health food chain Holland & Barrett for treating its suppliers “shabbily”, as part of a crackdown on companies that take months to pay suppliers (The Guardian).

The administration of Patisserie Valerie has been obstructed after creditors to the collapsed café chain rejected plans by KPMG to wind down the business (The Times £). In a rare move, creditors voted against the professional services firm’s proposals on how to handle the administration, as it warned it was “uncertain” whether there would be enough money to repay them.

Waitrose has apologised over “racist” Easter ducks after customers complained that the dark brown one was labelled as “ugly” (Telegraph £). An £8 trio of white, milk and dark chocolate Easter ducklings caused offence among a “small number” of customers for being labelled as “fluffy”, “crispy” and “ugly”.

Shoppers merrily spent more money last month on eating out and entertaining, suggesting consumers will keep on supporting the economy despite fears of a global slump (Telegraph £).

The price of pork is likely to rise worldwide after African swine fever took a heavy toll on livestock in China (The Times £). Since last year, China, which produces half the world’s pork, has reported about 115 outbreaks of the fever to the World Organisation for Animal Health.

Britons are throwing away more than 720 million edible eggs a year because they follow “best before” dates too stringently, research has found (The Times £). The wastage is three times more than in 2008 and comes at a cost of £139 million, according to the campaigning organisation Too Good To Go.

Nestlé, the world’s largest food company, has broken a pledge to end the use of vanilla flavourings in baby milk powders, according to a report. The Swiss multinational has continued to sell vanilla-flavoured infant formulas in Hong Kong, even though it advertises infant products in mainland China as healthy options because they do not contain the flavouring, the report by the Changing Markets Foundation (CMF) found (The Guardian).

Burger King has been forced to delete a “culturally insensitive” advert which depicted a westerner struggling to eat a burger with chopsticks, the latest western brand to be accused of mocking Asian food customs (The Guardian).

The woes afflicting midmarket restaurants will be underlined today when the company behind Café Rouge and Bella Italia reports a £242 million loss in the wake of a financial restructuring (The Times £). Accounts due to be filed by Casual Dining Group include a £209.6 million goodwill writedown reflecting the fall in the value of the business because of soaring costs and tough trading conditions.

A glowing review of Burger King’s new plant-based Whopper comes from an unlikely source: a senior meat industry lobbyist who admitted the surprisingly realistic taste of modern fake meats is a “wake-up call” to livestock farmers (The Guardian).

Nestle’s sale of its Herta lunch-meat business may attract interest from bidders including U.S. packaged meat company Smithfield Foods Inc. and agricultural commodities giant Cargill Inc., according to people with knowledge of the matter (Bloomberg).

Shares in Kweichow Moutai climbed to a new record high on Monday after the Chinese distiller’s preliminary first quarter profits were stronger than expected (Financial Times £).