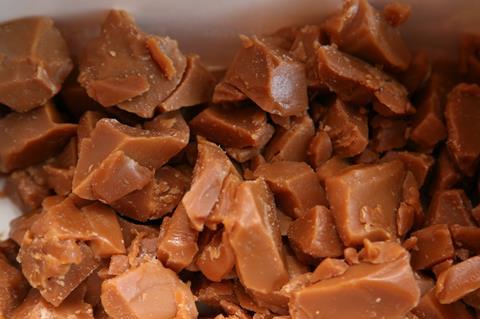 Scandinavian food group Orkla snatched Yorkshire-based toffee maker Confection by Design for an undisclosed amount as it looks to branch out in the UK supply market.

Confection by Design manufactures and supplies toffee, honeycomb and fudge for international food groups and retailers, with the likes of Nestlé, Kerry Foods and Hotel Chocolat featuring among its clients.

Two thirds of the privately-owned company’s portfolio are already distributed by Orkla’s UK subsidiary Orchard Valley Foods, with 80% the sugary treats sold in the UK.

Orkla said it will try to increase exports to other countries, despite the UK continuing to be Confection by Design “most important market”.

The Scandi food group giant completed the takeover through its unit NIC Enterprises, with CEO Tor Osmundsen describing the deal as “strategically right”.

Orkla communications manager Elise Andersen Heidenreich told The Grocer: “The purpose of this acquisition is to complement Orkla Food Ingredients’ position as a supplier of ingredients, inclusions and accessories to the British bakery, chocolate and ice cream market.”

Confection by Design was established in 1988 and currently employees 35 staff members at its Harrogate base.

The UK business will remain seperate company, but it will be organised as a unit in the Orchard Valley group, which will handle all future sales and distribution activity.

For the financial year ended 30 June Confection by Design sales amounted to £5.7m.