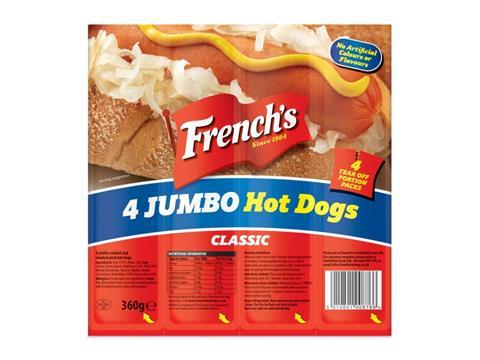 Reckitt Benckiser (RB) has announced it is beginning a strategic review of its food business, which includes French’s sauces and Frank’s Red Hot sauces.

A short statement to the London Stock Exchange this morning follows media speculation in the weekend’s papers that Reckitt was lining up a £2.3bn sale of the division to help pay for the £14.3bn takeover of the baby food maker Mead Johnson.

The food business recorded like-for-like growth of 5% in 2016, with operating profits of £118m on revenues of £411m. However, margins slipped 50 basis points to 28.7% during the period. Reckitt said, when it published its annual results in February, that French’s continued to deliver “a strong performance”, driven by growth of its ketchup, regaining share in mustard, outperformance on Frank’s Red Hot and continued expansion in international markets, most notably Canada.

Announcing the launch of a strategic review of the food business this morning Reckitt said: “French’s Food is a truly fantastic business with great brands, people and a history of outperformance.

“It is nevertheless non-core to RB. We have therefore decided to initiate a strategic review of food where we will explore all options for this great business.”

The group added: “RB will update the market going forward, when appropriate.”

The food business makes up less than 5% of Reckitt’s global sales, which total £9.9bn, with the lion’s share made up from its health and hygiene products, including Dettol, Durex, Nurofen and Strepsils.

City sources told The Sunday Times that a sale of the division could fetch more than $3bn (£2.3bn), with US food giant Kraft Heinz likely to be leading the pack of interested suitors after its failed takeover attempt of Unilever earlier this year.

Reckitt would use any proceeds from a deal to pay down the debt created by the Mead Johnson Nutrition Co announced in February.