Strong food performance puts The Co-op back in the black 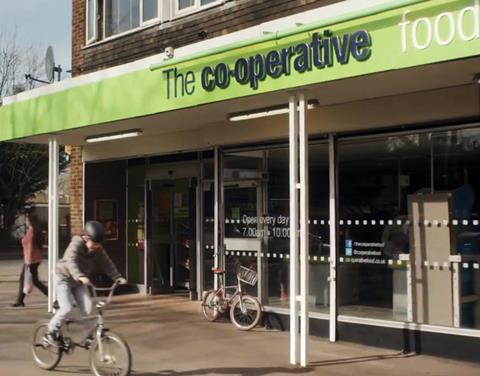 A “robust” trading performance from the food business has put The Co-operative Group back in the black, the business announced this morning (Thursday).

The core convenience stores turned in a 3.3% increase in like-for-like sales, while total food business like-for-likes increased 0.8%, it reported in its interim results for the 26 weeks ending 4 July 2015.

Group underlying profit before tax came in at £64m compared with a £1m loss in its previous results, which group chief executive Richard Pennycook said reflected robust trading in food and funerals and an improved general insurance performance. Pre-tax profit came in at £36m versus a previous £9m loss.

Thirty-five new c-stores opened during the period and a further 116 outlets were refurbished, to deliver an average 6% sales uplift. The Co-op said a key customer initiative had been the next phase of the group’s £125m price investment, with a focus on the fresh fruit and vegetable range.

Trading in the first eight weeks of the second half of the year had been in line with expectations, and the group said it would continue to progress its convenience-led strategy by opening another 60 outlets, refreshing its ranges to reflect local customer needs, and completing a further 150 stores refurbishments.

“The True North programme for food has delivered strong like-for-like sales increases in our core convenience stores and we remain ahead of our rivals in this highly competitive segment of the market,” added Pennycook. “Our key initiatives in the first half were our price investment in fresh produce, which is now the best value on the high street, and our previously announced pay award of 8.5% for 47,000 front line store colleagues.”

This pay award ensured the Co-op would achieve the government’s living wage threshold “for the vast majority” of group employees, “well ahead of schedule”.

Pennycook said: “We’ve made a good start on the three-year journey to Rebuild The Co-operative Group. These early days are about fixing the basics – putting in place new leadership teams and providing the investment to deliver the strategies for our businesses. Our customers and members are beginning to see the difference.”