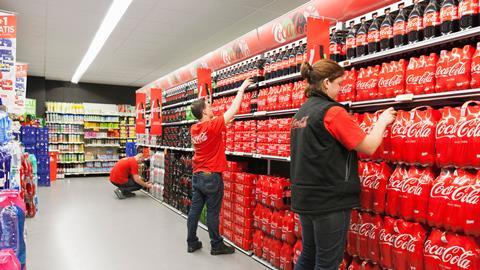 The government’s multibillion-pound trade credit insurance rescue package is being delayed by EU state aid rules, causing a cashflow crisis for food and drink wholesalers as they re-stock hospitality businesses days before their planned reopening.

The Grocer can reveal that the European Commission has raised objections to the UK government’s £10bn trade credit underwriting plan, causing a delay to the implementation of the scheme, which has been designed to keep supply chains moving throughout the coronavirus crisis.

The Association of British Insurers confirmed to The Grocer that the European Commission, in charge of giving final approval under EU state aid rules, has unspecified issues with the scheme as it stands.

An ABI spokeswoman said: “We are very disappointed with the EU Commission’s objections to certain elements of the UK scheme, which has caused delays. We are working with insurers and the government to work through this to ensure businesses can get the cover they need.”

The agreement to provide trade credit insurance, using up to £10bn of government guarantees, for the rest of the year – and backdated to 1 April – was hailed as providing “essential cover” according to a statement issued by the Treasury at the time.

However, The Grocer can reveal that the delay has led major trade credit insurer Coface to reduce or cancel its coverage for a number of food and drink wholesalers across July, August and September.

Coca-Cola European Partners is among the food and drink suppliers using Coface. As a result the soft drinks distributor has been forced to require a number of its wholesale partners to shift to pro forma terms and to remove credit facilities because of the reduction in trade credit insurance coverage.

The Grocer understands more than 50 wholesalers have had their credit facility removed or reduced by CCEP, with one wholesaler’s £500,000 credit limit reduced to zero overnight.

In a letter written to one wholesale customer, seen by The Grocer, CCEP advises the food and drink business that it is anticipating a review of Coface’s decision to cut its insurance cover once the government’s scheme is up and running. However, there is no guarantee, it advises.

Leading insurer Euler Hermes is also understood to have reduced its trade credit cover on the sector in the absence of the scheme.

The blow has meant that many wholesalers are struggling to purchase goods ahead of hospitality customers reopening on 4 July, after suffering significant losses from wasted stock and bad debt, which has contributed to a major cashflow crisis.

And James Bielby, CEO of the Federation of Wholesale Distributors, told The Grocer the removal of trade credit ahead of the restart could not be worse in terms of timing.

“The FWD has raised the issue of the trade credit reinsurance scheme with government, urging them to get it up and running as soon as possible,” said Bielby. “Supplier caution ahead of the scheme going live is understandable but the sooner government and insurers come to an agreement and get state aid approval the better.

“Wholesalers have been hard hit by Covid-19 and the withdrawal or reduction of credit does not make trading any easier as we look to get the hospitality sector moving again.”

A spokesman for Euler Hermes said: “We are confident that the details of the scheme will be agreed in due course.

“Due to the current crisis, certain buyers may present heightened levels of risk of non-payment and deteriorated credit worthiness. As a response, Euler Hermes may adapt the risk ratings of these buyers and reduce the credit limits available to clients accordingly. This always applies only to future trade transactions and is primarily aimed at steering clients away from imminent and predictable risk of non-payment.”

A CCEP spokesman said: “This remains a major issue for the industry as a whole. Wholesalers, and other suppliers to the hospitality sector, have faced huge cashflow challenges throughout the pandemic – which is why we have been flexible in deferring payments from these customers, when requested, since the crisis began.

“Disappointingly, the insurance sector has been reducing its cover for many wholesalers and hospitality businesses. That’s why we worked through our trade associations to ask government to support the industry.

“We understand the concerns felt by wholesalers and we would encourage them to raise the issue with the government or via the FWD to highlight how the guarantee scheme isn’t yet working as intended. In the meantime, we are working hard with our insurers to secure the right level of cover so that we can continue to support all our customers during the pandemic.”