Winners and losers from Horsegate begin to emerge 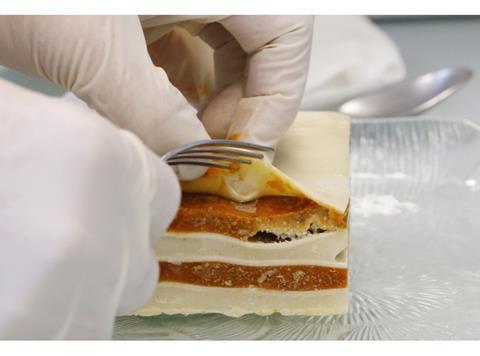 There’s little doubt that Horsegate was the major food story of 2013, but so far there has been little concrete evidence the horsemeat scandal had much of an impact on the meat industry’s bottom line.

Pulling out the UK meat industry’s figures from the OC&C Grocer Index 2014 initially seems to illustrate the point.

Revenue growth of meat companies remained relatively steady last year, despite the horsemeat scandal of January 2013, with 86% of the Grocer 150’s meat producers showing an increase in full-year revenue.

The meat industry is not only experiencing margins significantly tighter than the industry average, meat company margins contracted further when the rest of the industry was holding steady.

Overall, The OC&C Grocer 150 saw no change year-on-year in margins staying at 5.2%, but the meat industry saw a 0.5 percentage point margin contraction from 4% to 3.5% in 2013 (based on the annual financials of meat companies consistently appearing in the Grocer 150).

Of all the 22 meat producers in this year’s index, 11 saw margins increase, while ten saw contracting margins (one was stable) and only Cranswick, Forza and Browns Food Group had growing margins that were over 5%.

Precisely how much these declining margins have to do with horsemeat is difficult to quantify.

Firstly, the study is based on the most recent publicly available accounts meaning there is some disparity in reporting periods and the effect of horsemeat is yet to play out in all the reported financials.

Secondly, the disruptive grocery retail market has put huge pressures on food and drink suppliers across the spectrum, so divorcing the retail pressures from the impact of the retailers relies on subjective interpretations.

But it does seem that the horsemeat saga has given a helpful push to some of those meat producers doing well in the current market. Cranswick, for example, saw revenues rise 13.7% (7% organic growth) last year driven by its focus on the premium end of the market which has been boosted by the horse contamination at the budget end.

Cranswick CEO Adam Couch noted that Horsegate “focussed customers’ and consumers’ minds on how fragile supply chains can become”, adding that its focus on quality has enabled it to grow its exports significantly despite the relative expense of rearing pigs in the UK.

The benefits of the simple supple chain can also be seen by the difference in performance between those producers integrated with the grocers and those that are third parties.

Integrated meat producers have grown revenues by 4.9% against 2.6% for the rest of the industry and boast an average margin of 6.9% compared to 2% for the wider sector. Examples of successful integrated players include long time Asda supplier Forza (8.8% revenue growth) and Morrisons-owned Farmers Boy (8.7% revenue growth).

Such vertical integration has become a growing trend as it enables the supermarkets to control the quality of the product more tightly as well as the natural efficiencies the integration creates.

Speaking to The Grocer last year, Morrisons CEO Dalton Philips described such vertical integration as a “win-win for customers and shareholders” that reassured customers about the integrity of its meat supply chain during the horsemeat scandal.

The final tally of Horsegate’s winners and losers might take slightly longer to quantify, but some companies certainly look better positioned to benefit from the changes in consumer demand that the scandal encouraged. Others will find the battle to maintain margin will only become more intense.