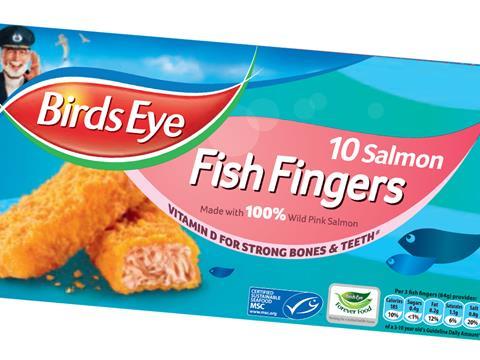 Salmon fish fingers have made a splash with shoppers in Europe - but are set to sink without a trace in the UK.

Birds Eye has pulled the plug on its salmon fish fingers in response to the product accounting for less than 0.1% of the brand’s total UK fish ­finger sales last year. The salmon fish fingers were launched in the UK in 2009 but have struggled to gain long-term traction in the mults, having been delisted by Asda, Tesco and Morrisons in recent years. Production ceased late last year.