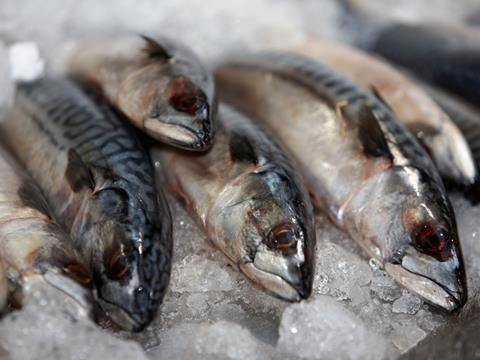 Mackerel caught in the North East Atlantic will have its MSC certification suspended from 2 March, over concerns about unsustainable catch levels and dwindling stocks.

The MSC said the fishery - which covers waters from Iceland to the North Sea and is a major source of fresh and canned mackerel sold in UK supermarkets - had lost its certification after spawning stocks fell from 4.8 million tonnes in 2011 to 2.8 million tonnes last September.

Citing data from the International Council for the Exploration of the Sea, the MSC said high fishing pressure had combined with several years of poor recruitment (the process where juvenile fish mature and join the adult population) to reduce the stock.

“This news will be a disappointment for the fishermen as well as for mackerel-loving consumers,” said MSC Europe director Camiel Derichs. “However, factors including declining stocks, quotas set above new scientific advice and poor recruitment have combined.”

But despite the suspension, the MSC’s Derichs said she was “confident the fisheries and other stakeholders involved will deliver a plan to improve the situation”.

The Mackerel Industry Northern Sustainability Alliance said it was “disappointed” over the suspension, but added it was “hopeful” certification would soon be reinstated once a more detailed scientific evaluation of the stock had been completed.

It pointed out ICES was uncertain whether the assessment “accurately reflects what is happening with the stock, which could be due to issues with data inputs and the way the assessment model handles the data”.

Minsa co-ordinator Ian Gatt said the group was “frustrated” at the suspension, given these concerns, and the fact new information regarding the status of the stock would be available in March.

However, he was “hopeful” suspension would be short-lived, and noted very little fishing for mackerel by Minsa members took place between the start of the March and the end of August. “We hope that MSC status will have been regained before this late summer fishery commences.”