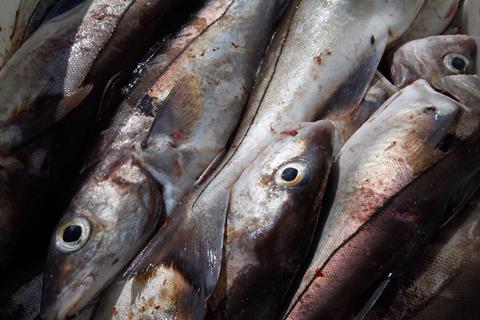 A drop in catch volumes has led to price increases

Norwegian cod prices have surged by more than a fifth over the past year after a 6.5% drop in the Barents Sea cod quota for 2019 resulted in lower catch volumes.

Despite Russia and Norway insisting Barents Sea cod stocks were “within the limits of precautionary and sustainable management” last year, a “dramatic decline” in fish population prompted the drop in the quota for 2019, says Mintec analyst Alana Barros.

The total allowable catch for 2019 (agreed by the Norwegian and Russian governments) stands at 725,000 tonnes, some 50,000 tonnes lower than in 2018. However, this figure still exceeds advice by the International Council for the Exploration of the Sea, which recommended a quota of 674,678 tonnes for the fishery.

“Prices are determined by supply and demand, and the cod market is to a large extent, global,” he adds.

It comes amid growing concerns over the sustainability of cod stocks in both the North Sea and the North Atlantic.

North Sea cod lost its MSC certification as sustainable last month after stocks dropped below safe biological levels. In June, the ICES recorded a drastic fall in spawning stock biomass and recommended a 63% reduction in the fishery’s TAC.