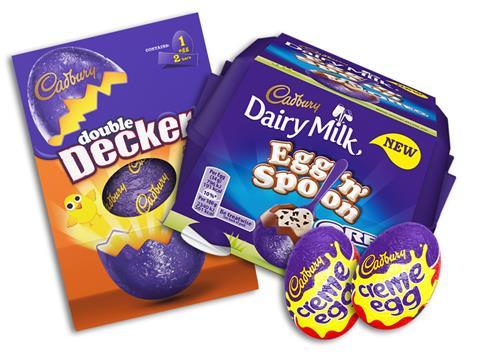 Cadbury has ramped up its promotional activity significantly over the past month as autumn and winter celebrations approach.

The chocolate giant was grocery’s most promoted brand as it boosted its offers by 11.82%, from 499 to 588, in the four weeks to 10 September [Promo Dynamic]. The increase came as Cadbury rolled out a raft of new lines in time for Diwali, Halloween and Christmas.

Cadbury’s number of promotions was also markedly higher year on year - up 36%. This suggests it is “gearing up for the festivities slightly earlier than last year” says Assosia director Kay Staniland. “With Halloween and Christmas just around the corner, almost all of the top 10 brands have stepped up their promotional activity in-store over the past month.” Walkers, Mr Coca-Cola and Mr Kipling upped their offers month on month by 8.59%, 6.56% and 2.91% respectively.

Month on month savings were up across the majority of the top 10, by as much as 2.1 percentage points in Coca-Cola’s instance, but year-on-year savings were largely down, with the US soft drink titan’s deals providing 6.6 points less value for shoppers.

The fall appears to be fuelled by a drop in half-price promos, says Staniland. “McVitie’s half-price offers, for example, have fallen by 4.2 percentage points, so this will have contributed to its 5.3 yearly drop in average savings.”

Outside the top 10, savings are likely to be more favourable given the overall change across brands was almost flat, she adds. “Given seven out of the top 10 brands have savings decreases (three of these greater than five points), average savings outside the top 10 must be slightly better for the overall drop to only be 0.2 points.”