Food prices: can we expect a calm 2015 for food and commodities?

After the chaos of 2012 and 2013, the past 12 months have brought some much-needed rebalancing to the global commodities markets. Harvests for key crops have been strong and energy prices have come down, allowing stocks to be rebuilt, easing cost of production for producers and contributing to lower food prices for consumers.

This week, the BRC said UK food prices had fallen for the first time since it started tracking them in December 2006, citing lower oil costs as a key factor along with the current price competition between supermarkets and the discounters.

Indeed, as we report this week, commodities prices came down to such an extent in 2014 that Tesco has approached its suppliers, saying it is now looking to identify where it can realise savings and push through lower prices for consumers.

But as the food and drink sector looks ahead to 2015, can it expect prices to continue to come down?

Not necessarily. Price stability - as opposed to price falls - is the watchword for next year, according to many experts. Thanks to the markets rebalancing in 2014, prices for raw materials are set to become less volatile next year, with several (but by no means all) also becoming even cheaper.

A key factor in this are much-improved supplies for grains and oilseeds, following strong harvests in 2014. Given the importance of grains and oilseeds to raw materials costs overall - because of their use in feed and for biofuel - better fundamentals in those two sectors are set to have a calming effect on large parts of the commodities markets in general.

“Overall, the fundamentals in the agri-commodity markets appear more balanced in 2015,” says Rabobank in its prices outlook for 2015, published this week. “We expect narrower trading ranges for many commodities versus 2014.”

Grain prices have come down dramatically over the past year, with the average milling wheat price falling from £176/tonne in 2013 to £150/tonne in 2014 [LIFFE Paris, via Mintec]. Although prices have ticked up again recently, lower grain prices remain on the cards for 2015 - or at the very least, stable prices at lower levels than in recent years.

“Bumper harvests over the past two years have seen production increase ahead of consumption and stock levels recover, so there are ample reserves,” says Brian Smith, data director at Mintec. “Now is a good time to enter contracts as prices are low.”

Macquarie is also bearish. “Although supplies will be fairly tight at the end of this season, production volumes are still expected at near-record levels,” the bank says in a forecast this week. Political tension between Russia and Ukraine - one of the world’s major grain exporters - has led some to raise concerns about possible supply issues, but Macquarie is unconvinced. “We struggle to justify the conflict as a bullish signal for the wheat market, as we haven’t seen any signs of export disruptions across either country.”

Rabobank, on the other hand, sees scope for global wheat prices to firm later in 2015 - though it, too, believes prices will find a “stable base” initially. But it warns there are still production risks, and “wheat is still the most fundamentally tight of the major grains.”

It is more bearish on soybean prices, which it expects to come down, helped by a record crop in the US and reduced demand from the biofuels sector. Good soybean and oil supplies will also keep a lid on palm oil but Rabobank nevertheless believes palm oil prices will increase in 2015, driven by lower production and strong demand.

Lower grain prices in 2014 have helped bring down production costs for producers, but this has not resulted in lower prices for all proteins - nor is it set to in 2015. In poultry, for example, prices are expected to remain firm for the time being. “Although lower feed costs have supported increased poultry production during 2014, the recent bird flu outbreaks will impact supplies, thus holding up current pricing,” says Smith at Mintec. Later in 2015, however, poultry prices are likely to “fall or normalise,” he predicts.

Beef prices have come down in 2014, but are expected to rise again. “With lower production, increased exports and lower imports, supplies on the UK market are forecast to be lower,” says Debbie Butcher, analyst at Eblex. Greater scrutiny of supply chains following Horsegate and the Elliott Review means “prices will remain firm,” adds Smith at Mintec.

Conversely, pork prices have fallen in 2014 and producers expect more of the same in 2015. As in poultry, lower grain prices have brought down the cost of production; plus, pork producers have been hit by the Russian import ban, which has resulted in more pigmeat - normally headed for Russia - being available on the European market. “On the price front, I think it is going to be a tough year for pig producers next year,” says Zoe Davies, CEO of the National Pig Association. She adds British pig producers have been ­well-supported by UK retailers recently, but stresses it will be important to work on building consumer demand for pork in 2015.

Dairy prices are also in for further price falls. The global dairy commodities markets contracted sharply in 2014, and with EU quotas being abolished in 2015 - which is expected to lead to increased milk production - prices are expected to remain under pressure.

Although greater stability and lower prices are on the cards for many major agricultural commodities, buyers still need to be prepared for cost increases in certain specific sectors. Olive oil, cocoa and coffee are key examples.

And even where the fundamentals are looking good, significant risk factors remain, experts are quick to point out. While prices will be more stable, not all volatility will disappear, warns Wiebe Draijer, chairman of the Rabobank executive board. “Stocks are not yet at levels to buffer significant supply or demand shocks,” he says. “Therefore, uncertainty still persists over how the markets will respond in 2015.” 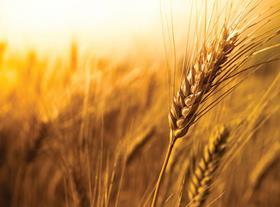 Wheat: Strong harvests have seen prices fall sharply in 2014. Supplies of feed-grade wheat are set to be especially good, but quality grades could be tighter and prices may firm again.

Maize: Record crops have helped rebuild global maize stocks, and prices are expected to remain largely stable throughout 2015, once they have “bottomed out” at the end of 2014.

Soybeans: Prices are expected to come down in 2015, thanks to strong supplies following a record US crop, increased plantings and lower demand from the biofuels sector.

Palm oil: Prices will come under pressure from good soybean harvests, but constraints on production and strong global demand are set to see prices move up in 2015.

Coffee: Coffee prices were among the top commodities risers of 2014, and are tipped to remain high in 2015. This is driven largely by tight supplies and reduced stocks of arabica coffee.

Cocoa: Production in 2014 has been ample, but many experts nevertheless tip prices to stay firm in 2015. Demand is strong; plus, there are concerns about the impact of the Ebola crisis.

Dairy: Prices have fallen in 2014 and are tipped to remain on a downward trend. Bigger herds, strong production, the Russian import ban and EU quota removal are the key factors. 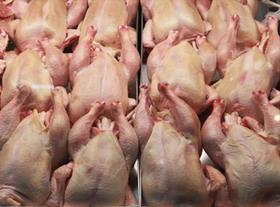 Meat & poultry: Pork is set to become cheaper; poultry will remain firm in the short term but come down later in the year. Beef prices will remain firm as a result of relatively tight supplies.

Olive Oil: 2014 has been challenging for the sector, with prices of extra virgin oil soaring after poor crops in Spain and Italy. With supplies tight, prices are set to remain high in 2015.

Potatoes: Spud prices have been unusually high in recent years, following poor weather in 2012 and 2013. With crops now much improved, prices are set to continue to come down.