‘Junk’ brands ramp up use of multibuy promotions 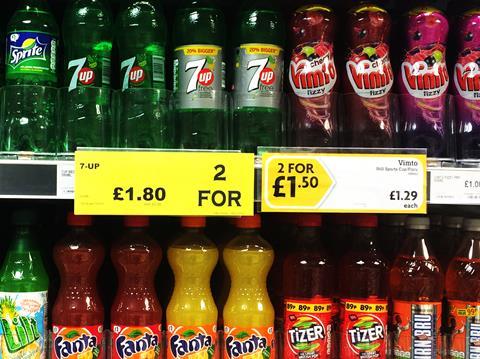 Chocolate, crisps and soft drinks brands are ramping up their use of multibuys again, despite pressure on supermarkets to ban volume deals on ‘junk food’.

Multibuys accounted for almost a fifth (18.6%) of total featured space promotions in the mults in the four weeks to 13 July 2019 - up from 16.6% during the same period last year [Promo Dynamic Brands].

“Multibuy deals have always worked well for some categories and brands, and whilst the top 10 still predominantly use single product savings as their preferred mechanic, six of the top 10 have increased their multibuy deals year on year,” says Assosia director Kay Staniland.

“With prices being squeezed, and suppliers and manufacturers bearing the brunt of it, it’s not enough to just be on promotion in the main category aisles,” says Staniland.

It comes as the industry awaits the outcome of a government consultation on proposals to clamp down on HFSS promotions as part of efforts to tackle the UK’s growing obesity crisis.

In May, supermarket bosses agreed to accept a ban on ‘junk food’ multibuys in return for ministers ditching sweeping plans to ban HFSS deals at key locations such as aisle ends.

The government’s ‘Prevention Green Paper’, published this week, said it would set out its “response and next steps” on the proposals “as soon as possible”.