Supermarkets, suppliers and consumers must face up to rising prices 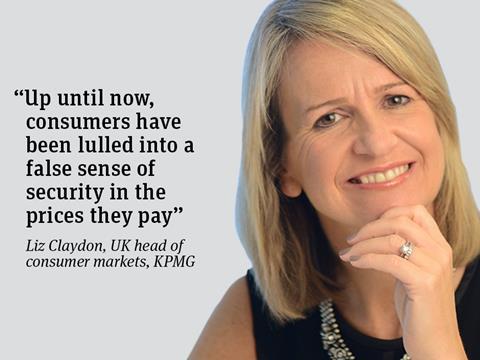 Two weeks ago we saw one of the first tangible implications of Brexit in the very public pricing spat between Unilever and Tesco. It’s likely the tip of the iceberg as thousands of manufacturers and retailers look to renegotiate terms.

Is Brexit going to give manufacturers and retailers the opportunity to relieve some of the margin pressure they’ve already faced?

Manufacturers will certainly be noting the looming impact of the near 20% fall in the value of the sterling and - even for those with hedging arrangements - it will only be a matter of time before action is needed.

Our BRC-KPMG Retail Sales Monitor for September highlighted that grocers have benefited from positive growth in food & drink sales, and the highest increase in growth since November 2013. However, such news is somewhat tainted by the sustained deflation in food prices. Food & drink prices fell further in September, although increases of 0.5%-1.5% were seen in clothing and leisure. Overall consumer price inflation rose 1%, with inflation set to breach the Bank of England’s 2% target as energy and import prices further influence the basket of goods.

Andrew Underwood, partner and head of supply chain at KPMG, recently suggested that price increases are likely to be shared three ways: between the producer, the retailer and the customer. Even so, he estimated that costs at the till alone would increase by around 5%-6%.

Up until now, consumers have been lulled into a false sense of security. When cost increases finally do hit prices, this will surely mark one of the most noticeable impacts of the referendum - even if this is not the only driver of margin pressure.

It’s vital that supermarkets get this right. The facts are facts. Low prices in the current environment are unsustainable and consumers will have to absorb some of the burden. For grocers, the question won’t be if prices increase, it will be when, and the supermarkets that will come out on top will be those that relay this inconvenient truth to the reluctant consumer in the best way possible. The bonus may be that, in the process, grocers and manufacturers can shrug off the shackles of deflation that have crippled the sector for so long.