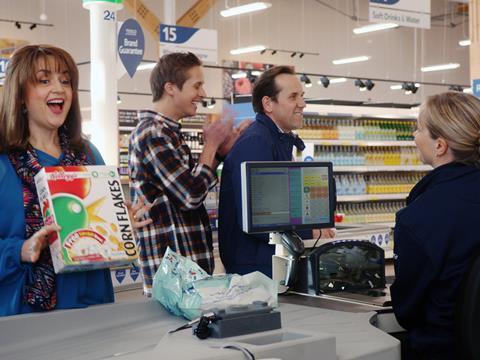 The rumoured overhaul of its Price Promise price-matching scheme, confirmed on Monday, will instantly refund the difference in the cost of branded products if they could have been bought cheaper at one of its big four rivals, including their promotions.

Tesco said it was making the move because its customers didn’t fully understand Price Promise. Its customer research found 35% of Britain’s supermarket shoppers have never used a price-matching scheme in store, while 80% have never tried it online.

The main reason? Shoppers either forgetting to bring the voucher or simply losing it. “Shoppers tell us price-matching vouchers are a pain and don’t really help them. We all know it can be stressful and awkward when you have to rummage through your wallet to find a price-match voucher,” says Tesco UK & Ireland CEO Matt Davies. “We’re working hard to make the shopping trip that little bit easier for customers with simple, affordable prices you can trust. Brand Guarantee is one more way we are taking the hassle out of a supermarket trip.”

McCarthy expects the scheme to be a winner. “When you do things first, customers think you have done it for them. This is without question a more compelling offer. Ask yourself, would you rather have £2 now or £2 later?”

“Shoppers want transparency, so the scheme’s simplicity and immediacy may go some way to help rebuild shopper trust,” she says. “We don’t think it will drive more loyalty per se - but what it should do is start to minimise switching, particularly with Tesco’s secondary shoppers, and drive shoppers who want brands at the best prices to Tesco. “It starts a dialogue with the shopper: why shop anywhere else, if the rest of the shopping experience matched up to the needs of the increasingly demanding shopper?”

But Shuttleworth warns that the Project Reset range rationalisation - which has resulted in the removal of thousands of lines from its stores, including many household brand names - could create mixed messages for shoppers.

“If Tesco is going to be the home of the best-priced brands in Britain it will need to have them on sale,” she argues.

“Customers will expect to see those brands on sale and if they disappear in the range rationalisation that could cause disappointment.”

Tesco chief customer officer Robin Terrell said a lot of hard work had gone into the technology that has enabled Tesco to provide the instant price matching and has been delighted at how it has performed in the last few weeks in Northern Ireland, where it had been testing it before full UK rollout this week.

Tesco’s first-mover advantage will not just strike a chord with shoppers but is something Tesco can use in its subsequent marketing, says Retail Remedy’s Phil Dorrell, particularly if its rivals are forced to follow suit. “They will be cussing this morning and trying to find ways to negate the effect or even challenge this,” he says of its rivals.

“Each of them will want to do something to competeagainst the idea, but it is not rocket science and they should have done it first!”

Asda - 10% Price Guarantee: Asda promises to be 10% cheaper than big four rivals for comparable items. If not it will refund difference via a voucher

Morrisons - Match & More: The retailer gave points equivalent to the difference on comparable shopping at the big four plus Aldi and Lidl, but is pulling the scheme next month

Sainsbury’s - Brand Match: A voucher for the difference provided if the total cost of branded items could have been bought for less at Asda

Tesco - Brand Guarantee: Immediate refund of difference if total cost of branded items could have been bought cheaper at any of big four rivals