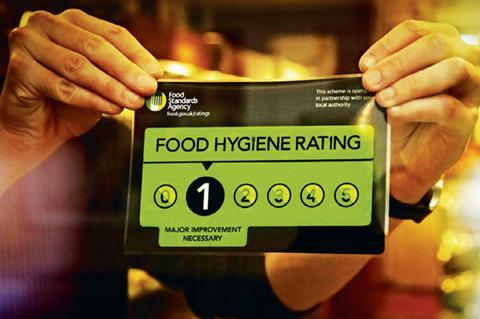 Local authorities are facing a massive and mounting backlog of supermarket, restaurant and takeaway food hygiene inspections deferred due to coronavirus and may never catch up, experts have warned.

According to hygiene rating platform Scores On The Doors, more than 60,000 scheduled inspections have not happened due to the pandemic.

“There’s also the thousands of businesses that switched to takeaway and delivery services [which can prompt a re-inspection]. So it will likely be much higher than this,” a spokeswoman for SOTD said.

A system then deemed “buckling and ill-equipped” is now under even more pressure, said Unchecked director Emma Rose.

“Councils will be hard pushed to catch up on the backlog, given that this compounds what is already a pretty serious crisis in local enforcement of food safety law,” Rose said.

Through freedom of information requests to local authorities, Unchecked found since 2009 local food hygiene staff had fallen in number by 27%, while council spend on food safety dropped 22%.

“The falls in enforcement activity directly correspond to the ongoing decline in council budget and staff. These shortages are now augmented by the increased responsibilities brought about by Covid, not to mention the additional complexity of regulating the growing online food sales market,” Rose said.

In an effort to clear the pile-up, several councils are moving to remote, digital inspections. SOTD this month launched tools which allow food business operators to be “guided around the premises by an inspector” remotely, filming the tour on their smartphones. The inspector can observe, ask questions and capture images for assessments. The method has been adopted by Tendring District Council in Essex, among others.

The council’s team leader for food, health and safety Carol Archibald said digital inspections were likely to become part of the ‘new normal’ for inspections.

“Councils throughout the UK are now facing a three-month backlog at a minimum. This is not only due to rescheduling postponed inspections that were scheduled to take place prior to, and during lockdown, but also due to thousands of businesses that adapted and switched to takeaway services to keep the country moving,” Archibald said.

“We are incredibly grateful for our restaurants, cafés, pubs and the many other establishments that continued to feed the nation, but we also need to make sure that they’re compliant with food safety and Covid-19 standards,” she added.

The FSA told The Grocer in the early stages of the pandemic it had told local authorities to “defer planned inspections and focus their resources on urgent reactive work” like investigating foodborne illness outbreaks. On-site visits were only to happen if there were “potentially serious public health risks” while remote assessments should focus on “poorly compliant and high-risk” outlets. The advice has since been revised.

“The focus now is on resuming physical inspections for poorly compliant and high-risk businesses, including those that have changed activities during the pandemic or have reopened after prolonged closure,” an FSA spokeswoman said. Remote assessment should be used where appropriate to “target areas to focus on during the subsequent on-site visit”.

Since local authorities report to the FSA on an annual basis, “we are not able at this stage to estimate how many planned inspections have been deferred”, a spokeswoman said.

Councils are in desperate need of additional support to clear the mounting backlog, Rose added.

“They do a fantastic job to protect the public but are simply not being given the tools they need to properly fulfil their duties with regards to food law enforcement. Until they are, I would expect these trends to continue to move in the wrong direction,” she said.