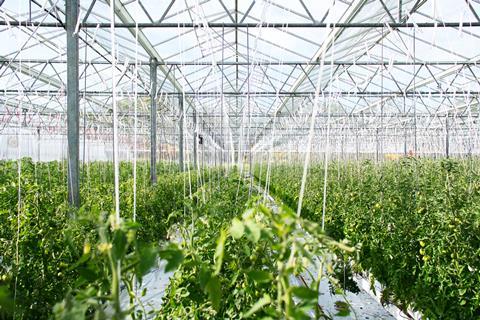 Supermarkets are failing to protect customers from some of the most hazardous pesticides in the supply chain, a new study has warned.

Research by the Pesticide Action Network UK (PAN UK), released today, revealed products within all supermarkets contain traces of pesticides listed as “highly hazardous” by the UN. Hazards include carcinogens and reproductive toxins.

Fresh produce tested by the government frequently contains traces of at least four “highly hazardous” pesticides, said the report. Although no single chemical measured above the recommended threshold, campaigners said they were concerned the combination of pesticides remained dangerous.

The “cocktail effect” means there is the potential for pesticides to become increasingly harmful when combined, even if individual components remain at low concentrations.

But Josie Cohen, head of policy at PAN UK, said she believed there was little appreciation of the risks.

“The potential combinations of these chemicals are enormous and yet no one actually knows what the effects could be,” she said.

The difficulty of assessing the risks is complicated by the number of pesticides frequently found in products. Official testing shows food products often contain more than a dozen pesticides, producing a vast number of combinations.

The UK’s regulatory system remained “ill-equipped” to deal with these risks, campaigners argued in a report last month by PAN UK and the Soil Association. Pesticide safety assessments were based on an analysis of individual chemicals rather than their various combinations, leaving potentially dangerous cocktails unmonitored, it said.

To improve transparency and facilitate greater understanding of the effect of pesticide cocktails, PAN UK is calling on retailers to disclose the chemicals in their supply chains.

“Customers are increasingly concerned about what chemicals they are eating,” said Cohen. “[They] have the right to know which foods contain the most pesticides.”

John Points, an independent consultant and member of the government’s Pesticide Residues in Food committee, said the evidence on pesticide cocktails remained inconclusive.

“It’s a really difficult thing to study… The effects of numerous pesticides of the same type could be additional but there is no evidence the effect is multiplied.”

Points said he believed the government was unlikely to begin testing pesticide cocktails rather than individual chemicals.

“It’s unmanageable to assess more than one chemical at a time,” he said. “It’s too complicated and too expensive, in my view.”

PAN UK’s research today accompanied a ranking of pesticide usage by the top 10 supermarkets. Marks & Spencer, Waitrose and Sainsbury’s are on top after “making good progress” while Asda and Iceland ranked bottom of those that responded. Lidl did not respond.

“Food safety is a top priority for our members and they expect their suppliers to comply with all legal requirements. The approval of pesticides used on food is governed by EU regulations and underpinned by a comprehensive scientific review.” said Elizabeth Andoh-Kesson, food policy advisor at the British Retail Consortium.

A Tesco spokesperson said: “We require that our suppliers only use plant protection products which are necessary, appropriate and authorised for use on the crops they supply. They follow strict legal standards, which require them to ensure the food they supply is entirely safe.”