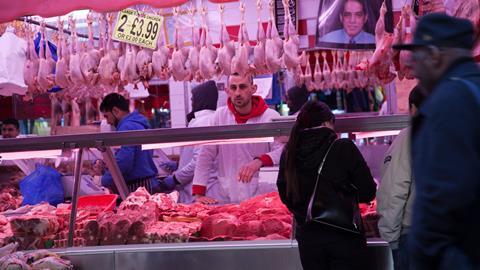 How can smaller retailers catch up on campylobacter?

Supermarkets have made “significant reductions” in campylobacter contamination since the FSA launched its retail chicken survey in 2014, the regulator’s policy director Rebecca Sudworth said last week.

In fact, the percentage of chickens carrying the highest level of contamination of the bug fell from 19.4% in 2015 to just 7% across the UK’s 10 largest supermarkets in the 12 months to July 2018.

But despite the success of the FSA’s high-profile push to tackle campylobacter in supermarket chicken, it’s a very different picture across smaller retailers, butchers and independents.

According to the FSA’s fourth annual campylobacter report, some 15% of chickens in these channels carried the highest level of contamination. This suggested ‘more action is needed to achieve better control of campylobacter’, it warned.

So why are contamination rates so much higher outside the mults? And what can be done about it?

The FSA says chicken sold through independents makes up about 20% of the total retail chicken market. Reducing contamination levels in these retailers - who tend to be supplied by smaller processors - will not be a simple task, it admits. In fact, it doesn’t yet have a definitive plan for how to tackle this.

Smaller processors “may not be in the same financial position” to implement the often costly and sophisticated interventions developed by major processors, an FSA spokeswoman suggests.

Richard Griffiths, CEO of the British Poultry Council, echoes this. The industry has spent millions on tech such as Sonosteam - which blasts carcases with ultrasound and steam - and other biosecurity and hygiene measures to fight campylobacter, he says. “But it would be very difficult for smaller producers to match that investment.”

If the FSA wants to see campylobacter levels across the industry come down to the levels seen in major supermarkets, heavy investment is needed. “We know what the problem is, but the challenge for smaller processors is how to fund these interventions,” says Griffiths.

Not everyone agrees we know what the problem is, however. Norman Bagley, policy director at the Association of Independent Meat Suppliers, points out higher contamination levels could be explained by differences in sampling methods. Larger processors started removing the bottom of chickens’ neck flap (where the highest levels of the bug are found) in 2016 following concerns over testing discrepancies.

“This accounts for much of the improvement shown,” Bagley claims, adding it remains a common practice among smaller processors. AIMS is now advising all processors to trim neck flaps, which could yet result in a reduction in contamination rates among smaller companies.

Professor Chris Elliott, the food safety expert who authored the government’s Horsegate review, also wants the FSA to step up.

Campylobacter surveys to date have picked at the low-hanging fruit, he says. “The work that’s been done has been helpful but hasn’t got to the root of the problem. Smaller processors just dont have the knowledge or finances to tackle this issue and no one has been checking on their progress.”

Better environmental health checks would make a big difference, Elliott argues. “Whenever food premises are being inspected, why not check for campylobacter in fridges at the same time?” he suggests. “It will be tough, but only by engaging on this issue in these areas can we really drive the rates of campylobacter food poisoning down.”

The FSA, for its part, says it will debate its strategy at its next board meeting, on 18 September. Supermarkets may have made good progress, but the war to wipe out campylobacter is only beginning.