Insects: Joanna Blythman should swot up 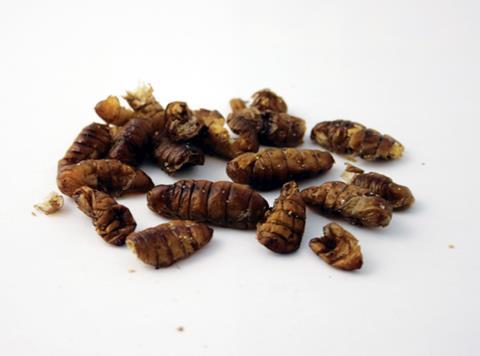 Sir, Such a lack of research behind many of Joanna Blythman’s comments last week (‘Hard to swallow miracles,’ Second Opinion, 20 May, p23). It’s quite clear she hasn’t visited an insect farm, or even enquired with one as to what the processes might be. Many microbial tests are completed, and huge care is taken to ensure safety - you could even say far more care and traceability than with more traditional livestock.

Insects as a food source is just starting to mature, and while Bythman may have had experiences not to her liking (fair enough), there does need to be some understanding that this is a dawning of a new sector. She’s trying to compare it with ingredients that have had many years of development and also many millions of pounds of R&D. Hardly fair, is it?

Sir, A sound strategic infrastructure is critical to a dynamic market economy, and to retail distribution chains. And that’s why there is a very cogent logistical case for UK-wide rail improvements including a rail tunnel link between Northern Ireland and Scotland. The Usdaw conference overwhelmingly supported a proposition calling for genuine UK-wide rail upgrades including a Northern Ireland tunnel link. And a group of Sainsbury’s reps in Northern Ireland informed me in no uncertain terms over lunch at conference how much more accessible retail distribution would be with a tunnel.

Sir, Having read ‘Convenience store meal shop time half that of supermarkets’ (thegrocer.co.uk, 23 May), I’d argue Co-op is one retailer leading the way in developing a credible alternative to the big shop. With an increasing number of post-millennials ‘grazing’ it’s no longer about the shopping list but decisions in the moment.

As more purchase decisions are made on impulse, brands are able to better influence what is put in baskets closer to the point of purchase. If they are able to get the right message to the customer at this critical time (advertising front of store, or edge of shelf), they can better generate disruptive trial. As a result, brand marketing investment in convenience retailers becomes a credible alternative to traditional shopper marketing in grocery.