Is an ‘Owen’s Law’ needed to address allergens on menus? 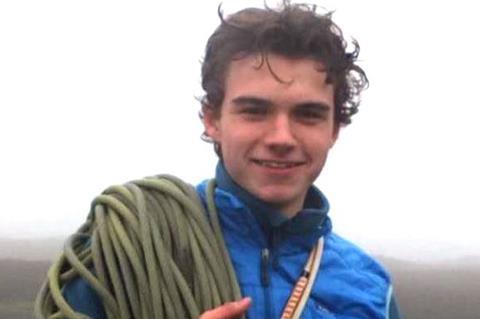 Owen Carey died in 2017, after eating at a branch of Byron in the O2 Arena in London. He had eaten a chicken burger marinated in buttermilk

Natasha’s Law was laid down in parliament earlier this month, in what was described by food minister Zac Goldsmith as a “significant moment for the millions of allergy sufferers in England and a fitting tribute to Nadim and Tanya Ednan-Laperouse’s tireless campaigning”.

Set to come into force in October 2021, it will require food businesses to include full ingredients labelling on pre-packed for direct sale foods.

But just weeks later, the findings of an inquest into the tragic death of teenager Owen Carey suggests Natasha’s Law will only fix one part of the problem. So what else needs to change?

Carey died in 2017 after eating at a Byron branch in the O2 Arena in London while celebrating his 18th birthday. Concluding last week’s inquest at Southwark Coroner’s Court, assistant coroner Briony Ballard said the teenager - who had a dairy allergy - had died from a severe food-induced anaphylactic reaction after eating a chicken burger marinated in buttermilk.

At the inquest, the court heard Carey had informed the server of his allergies but had not asked specifically about the chicken burger. He was reassured by the menu, which gave the “false impression” it was free of allergens, according to law firm Leigh Day, which is representing the Carey family.

This was accepted by Ballard, who noted the menu “was reassuring in that it made no reference to any marinade or potential allergenic ingredient in the food selected”.

In a statement after the inquest, Byron CEO Simon Wilkinson insisted the chain had “done our best to meet our responsibilities”. However, he conceded current rules and requirements were clearly “not enough” to protect allergen sufferers.

Under current legislation, restaurants and takeaways are required to let customers know if any of the 14 priority allergens are used as ingredients in their food. However, this doesn’t have to be communicated via the menu. It can be given out by a member of staff as long as there is signage notifying customers that they can ask.

The Carey family has now called for ‘Owen’s Law’ - forcing restaurants to display clear allergen information on each individual dish on their menus. “It is simply not good enough to have a policy which relies on verbal communication between the customer and their server, which often takes place in a busy, noisy restaurant, where the turnover of staff is high and many of their customers are very young,” they argued.

The government has not yet indicated whether it would consider more law changes. However, at its board meeting this week, the FSA promised a “package of measures” to protect those with food allergies and intolerances. These include an aide-memoire for enforcement officers focusing on action they should be taking with relation to food allergies, an urgent update of the ‘Safer Food Better Business’ guide and an awareness campaign to remind business how to keep people with food allergies safe.

FSA chair Heather Hancock said she would also meet with Byron and the relevant local authority to discuss the details of Carey’s case, and planned to commission a full root cause analysis of the incident.

However, Tanya and Nadim Ednan-Laperouse, who attended the inquiry into Carey’s death, insist eating out establishments should be forced to list allergens on menus.

“We have heard remarkable parallels between Owen and Natasha’s death,” they said. “Both died because of the failure of food providers to list allergens - in Natasha’s case in pre-packaged food, in Owen’s on restaurant menus. Owen’s death yet again highlights the inadequacy of food information in this country.”

In the meantime, the industry should voluntarily put allergen information on menus, they warn.

“While we wait for the Coroner’s final Prevention of Deaths report, and the necessary law change, we are calling on restaurants to implement full allergen menus before other lives are needlessly lost.”