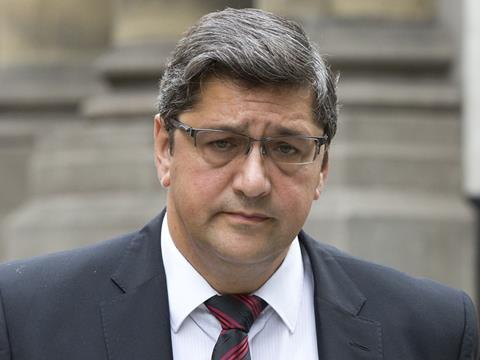 A London-based meat supplier has been found guilty of conspiracy to defraud, and convicted of adding horsemeat into beef destined for the human food chain.

Andronicos Sideras, 55 of Southgate, London, was found guilty yesterday (26 July) at Inner London Crown Court after a three-week trial. Another two accomplices; Alex Beech, 44, of Sutton-on-Hull, Humberside; and Ulrik Nielsen, 58 of Gentofte, Denmark had previously pleaded guilty in October 2016 for their part in the case.

The conviction follows a far-reaching investigation that involved enquiries in Denmark, Ireland, Poland, France, Holland and Italy. It started in 2013 when the FSA asked the City of London Police to investigate a case centring on Nielsen’s meat trading company, Flexi Foods, which has UK offices in Hull.

Food fraud: catch them - if you can?

During searches of the Flexi Foods offices, both in Hull and Denmark, emails and other documents were uncovered that provided evidence of a conspiracy to deliberately introduce horsemeat into the food chain in order to increase company profits. Other material evidence was also seized at Dinos & Sons’ premises in London.

Beech - who worked for Flexi Foods in Hull - was arrested at the company’s offices in July 2013, while Nielsen was later detained in Denmark and attended police interviews in Hull.

Sideras was also arrested in July 2013. His fingerprints were later found on pallet labels attached to a consignment of mixed horse and beef meat detained in Northern Ireland. These pallet notes were deliberately altered to ensure that anyone checking the containment thought it was 100% beef, when in fact tests showed it was approximately 30% horse. Other loads had replicated this mixing pattern between July and November 2012.

Investigators discovered that during 2012 Nielsen and Beech were buying horsemeat from Ireland and sourcing beef from Poland. This meat was then all delivered to Dinos & Sons’ premises.

Here, Sideras would oversee the mixing of these different meat consignments, and would then apply false paperwork and labels to make it look like all the meat was 100% pure beef. The disguised products would then be sold on as beef without the buyer being aware of any horsemeat having been introduced.

Mixing in cheaper horsemeat to the beef allowed Flexi Foods to increase the profit on each consignment by approximately 40%. The type of meat in question is known as “trimming” and is used in products such as minced meat, sausages, pies and ready meals.

The trio were charged with conspiracy to defraud on 26 August 2016. They are due to be sentenced on Monday (31 July).

“This is a clear case of fraud,” said City Police’s lead officer on the case, detective constable Stephen Briars. “The fact that the case revolves around meat and the food chain makes no difference to this crime. A lie is a lie whatever the circumstances - these three men set out to deceive the suppliers, retailers and ultimately the consumer so that they could make more money.”