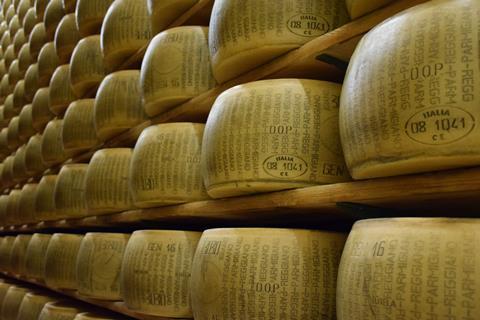 The world’s finest cheeses – revered food treasures, such as parmigiano reggiano, roquefort and gruyère – are made exclusively from raw milk, so you’d think their futures would be secure. Yet as Dr Catherine Donnelly, professor of nutrition and food science at the University of Vermont, warns in her new book, Ending the War on Artisan Cheese, celebrated raw milk cheesemakers on both sides of the Atlantic face an existential threat from regulators intent on either forcing them to pasteurise their milk under the guise of food safety, or driving them out of production.

Donnelly, a heavyweight authority on listeria and other food-borne pathogens, is withering on the malign role that’s being played by nominal public health authorities in this attack on real food. Talking of the US situation, she argues that instead of using sound science and education to help artisan cheesemakers, as has been the case in Switzerland, “the FDA has instead used fear and intimidation”, notably the imposition of excessively stringent microbiological standards, “without the necessary scientific evidence that these standards afforded public health protection”.

More from Joanna Blythman: Time to move the ‘meat vs plant’ debate beyond crude headlines

Her words resonate in Scotland, where the Errington raw milk cheesemaking company was implicated in a tragic e.coli incident, and had to go to court (successfully) on several occasions to defend its products and reputation against the overreach of Food Standards Scotland.

Donnelly’s book provides a useful, authoritative demolition of perennial paper tiger arguments against raw milk cheesemaking, and there’s more fuel for the fight in Italy. There the slow food movement has intensified its efforts to protect the world’s artisan cheese heritage against the pressure to industrialise and the imposition of restrictive food safety regulations ill-suited to the needs and contexts of small-scale producers.

For slow food, the organoleptic excellence of artisan cheese is predicated on geographical variations in pastures, local livestock breeds, the skill of herders and cheesemakers, the use of natural, rather than industrial starter cultures, and the insistence on liquid raw milk, not reconstituted milk powders.

Raw milk cheese is a high-performing hero category in the resurgent consumer demand for traditionally produced foods. Any agency or public body that conspires to put it out of business has a fight on its hands.