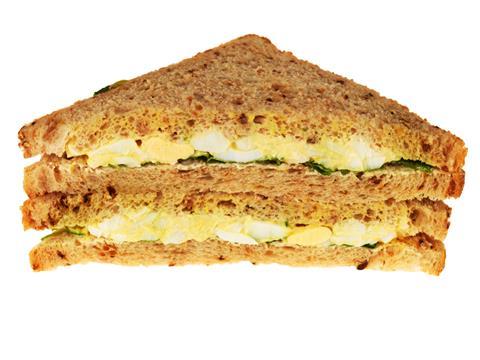 The Food Standards Agency now believes close to 700,000 eggs from affected farms on the continent have entered the UK, having previously put the figure at just 21,000. Last Friday, it said there was no evidence the UK was affected at all.

The products that are being withdrawn by retailers include egg salads, sandwiches, mayonnaise and egg snack pots. A total of 11 products have been withdrawn, with use-by dates ranging from 9 August to 16 August.

They were products where egg was one ingredient among many others, the FSA said. “Many of the eggs involved were mixed with other eggs which have not come from affected farms so fipronil residues will be highly diluted.”

Despite the increase in affected eggs, the FSA stressed this still represented only 0.007% of the eggs consumed in the UK every year. It also stressed it is very unlikely that there is any risk to public health from consuming these foods.

It insisted the withdrawal was “not due to food safety concerns” but based on the fact that fipronil was not authorised for use in food producing animals.

“We have no evidence that eggs laid in the UK are contaminated or that Fipronil has been used inappropriately in the UK,” it added.

The FSA said it was “reminding food businesses of their legal responsibilities which include informing the FSA or FSS, and relevant local authorities immediately if they have any reason to believe that a food which they have imported, produced, processed, or distributed does not comply with food safety requirements”.

FSA chairman Heather Hancock said she was “confident” that acting quickly was the right thing to do.

“The number of eggs involved is small in proportion to the number of eggs we eat, and it is very unlikely that there is a risk to public health. Based on the available evidence there is no need for people to change the way they consume or cook eggs. However, fipronil is not legally allowed for use near food-producing animals and it shouldn’t be there.”

“All of them stock British Lion shell eggs but they use imported eggs in many of their other foods containing eggs,” he claimed.

“This is just the latest of a number of food safety issues connected to eggs produced outside of the UK in recent years. Consumers clearly want retailers and food manufacturers to use good quality British ingredients that are produced to high standards of food safety, but in some prepared foods this is not the case.”

Sainsbury’s said its supplier had notified it that two salad bowls, which contained egg, may include very small traces of fipronil. “The FSA has advised that this is unlikely to pose a health risk, but we’re withdrawing these products from sale on a temporary basis as a precautionary measure. We’re sorry for any inconvenience this may cause.”

Waitrose stressed the recall was also a precaution, adding: “Our own assessments based on industry-wide scientific standards have shown that these products do not pose any risk to health.“

An FDF spokesman said: “FDF and its members are working closely with FSA to identify which products need to be withdrawn with immediate effect, due to the presence of Fipronil in the finished product.

“The decision to withdraw products is not due to food safety concerns, but is based on the fact that Fipronil is not authorised for use in food producing animals. As the FSA have said, it is unlikely that foods made with contaminated eggs are of any risk to public health.”