‘Arcane’ rules on own label driving up food waste 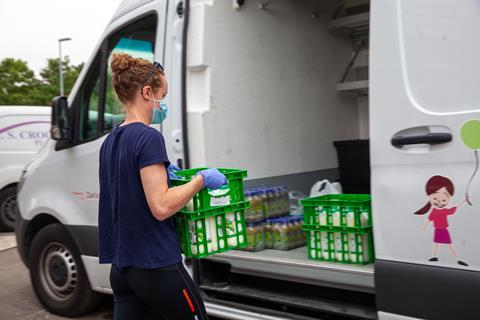 Many food charities are unable to access own-label food

Thousands of tonnes of food is ending up as animal feed or going to anaerobic digestion because of “arcane” supermarket rules on the use of own-label products, according to a founder of a new redistribution coalition.

Current rules meant many food charities and food banks were unable to access supermarket own-label food, he said, unlike the established national network run by FareShare, which had agreements on redistribution with the vast majority of the UK’s supermarkets.

Game, previously MD of Company Shop, before setting up The Bread & Butter Thing, which provides click & collect food boxed to 12,000 members across the north of England, urged the IGD and Wrap to take action to allow more charities access to supermarket surplus, claiming many had their hands tied by red tape.

“During the crisis I’ve had on average one call a month from a factory that wanted to engage with us and we’re unable to do anything because of the tight regulations around private label,” he said.

“Of all the edible food waste that is ending up as surplus it is estimated two thirds is private label,” said Game. “There are estimates that the amount of food going to AD and animal feeds that is edible is anything from 200,000-300,000 tonnes. If two thirds of that is private label it shows how huge the problem is.”

The Xcess coalition, which launched last week, includes the likes of Blackpool Food Bank, a network of 70 local partners, City Harvest, which delivers to 340 community projects and charity groups across London from soup kitchens to women’s refuges, and HIS Church Charity, currently distributing 200,000 meals a week across a network of 15,000 charities.

Game said he hoped the coalition would enable the industry to face up to systemic problems that had emerged during the lockdown. “We’ve been looking at what we can do about this for nearly 12 months now and the good thing is this issue is now being discussed openly. “The big message I would give to the industry and people like IGD is to deregulate private label,” he said. “The obvious thing to do here is to give the power over where surplus food goes to the manufacturer.

“It would make a material difference. It would be a game-changer.”

Estelle Herszenhorn, special advisor for food and drink at Wrap, said: “We welcome the formation of Xcess as a practical network to share insights and best practice.

“This will help increase the valuable work these organisations do in helping more people and preventing more food from going to waste.”

Sainsbury’s this week launched a direct-to-FareShare food donation service on its website, following a pilot that began in August and raised more than £120,000 in six weeks.

The service allows customers to donate £1, £2, £5 or £10 alongside their online orders direct to FareShare, which has offered to buy food at cost to help charities and community groups.

FareShare said that with many shoppers switching to online and Covid placing restrictions on in-store collections, it was important that grocery websites allowed shoppers to support food banks and charities.

“Some customers will want to continue to shop in store but we know that many are switching to online and looking at that through the prism of FareShare we want those people to still be able to donate,” said FareShare commercial manager Polly Hofmann.