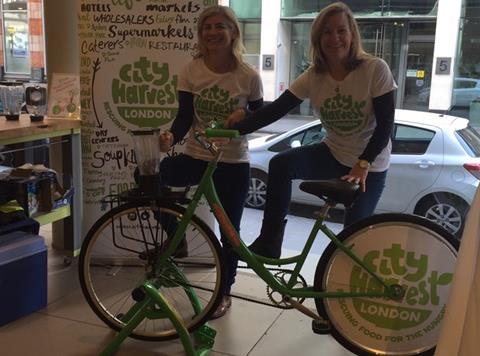 The charity said its flexibility and adaptability played key roles in arriving at the milestone. It could respond rapidly to challenging circumstances, and was able to make it straightforward for food donors to get their food to those most in need, it added.

The snow of recent weeks, for instance, saw City Harvest collect and redistribute hundreds of meals following the cancellation of a large-scale consumer event. It was the first food-based charity on the scene during the Grenfell Tower fire, and is involved in the ongoing relief project.

Since the beginning of the year, when The Grocer ran an analysis piece about City Harvest’s work, the average number of meals it rescues each month has risen to nearly 120,500 - a 47% increase on its 2017 average of 82,000.

Many of City Harvest London’s depot staff and drivers live in the communities they serve, or have experienced hunger and severe hardship personally. The charity said these relationships ensured it was able to provide for and understand their suppliers and recipients’ unique needs.

Founded in 2014 and inspired by the US-based charity of the same name, City Harvest sources healthy, surplus food from restaurants, grocers, manufacturers, wholesalers, hotels and caterers across the capital and delivers it to more than 150 non-profit organisations feeding the hungry, including food banks, shelters, soup kitchens, after-school programmes and centres for veterans and the elderly.

“Two million meals is an incredible milestone and we’re very proud of what we’ve achieved so far,” said Laura Winningham, CEO at City Harvest London. “We believe a good meal can change a person’s day, and can be the first step in transforming a life. This is what motivates us and we wouldn’t be able to do this without our donors, who are committed to reducing food waste and ensuring that their surplus food is put to the best use. These donations currently equate to 10 tonnes of food being saved from waste every week.”