For the food waste fight to succeed, we need transparency – urgently 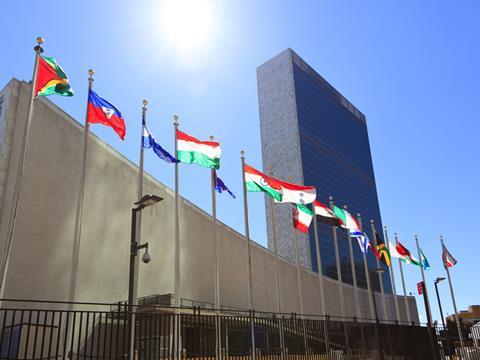 The UN building in New York

It might not quite rank with Donald Trump threatening to destroy North Korea, but there were other significant moments at UN level today that will hopefully send signals across the Atlantic to all retailers and suppliers in the UK.

In a major breakthrough in the fight against food waste - and The Grocer’s Waste Not Want Not Campaign - the UK’s biggest retailer, Tesco, announced 24 of its suppliers have agreed to start publishing food waste data for their operations in the next 12 months.

Earlier in the day, a major report written by Wrap and the World Resources Institute, on behalf of the Champions 12.3 coalition, a group of businesses and governments out to halve food waste by 2030, warned that without more transparency on this issue, the UN’s food waste targets will be impossible to meet.

The message was clear to governments, far too many of whom have yet to install any effective measure of food waste, without which any measure of progress is simply glorified guesswork. But, crucially, there was a message for retailers and suppliers, too.

Since The Grocer launched its Waste Not Want Not Campaign last May, we have been calling on companies to follow Tesco in coming clean about their contribution to the food waste mountain. As Wrap’s report makes clear, without such data the fight against food waste is being potentially fatally hindered.

Tesco’s announcement, following hot on the heels of Wrap’s report, is potentially a landmark moment in the war on waste, but it is far from a case of job done.

Wrap praises moves by the likes of Tesco and Sainsbury’s to publish their individual food waste data, which it says has allowed the companies to identify food waste hotspots and increase food surplus distribution to the poor and hungry.

However, it warns the vast majority of companies are still not publicly reporting food waste figures, “making progress difficult to track independently”.

“Company-level data is valuable for identifying hot spots of food loss and waste, as well as root causes,” says the report.

Of course, Champions 12.3 is chaired by none other than Tesco chief executive Dave Lewis, but this report is no mere PR exercise for Tesco and co. It is the first time Wrap has publicly admitted the failure of companies to provide public data is holding back the battle against food waste.

For all those who share The Grocer’s concerns about food waste and those who share the cause being taken to the UN today, the time has surely come to commit to publish this vital data.

Without transparency on the numbers, the industry and governments out to combat food waste are fighting a war with one hand held behind their backs.