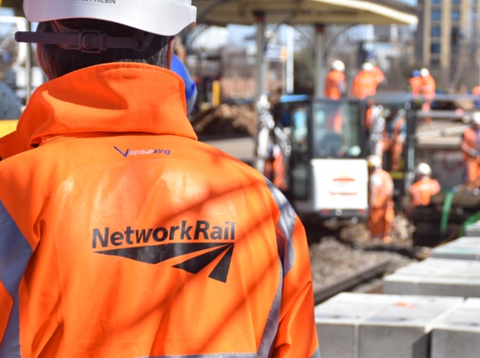 Network Rail is ramping up an experimental scheme to convert used coffee grounds from the cafés and kiosks in its stations into a biofuel.

The railway operator is pressing ahead with an expansion of the initiative, which is estimated to have prevented some 5,000 tonnes of CO2 entering the atmosphere since being introduced in 2015.

Up until now it has only been in operation in Network Rail’s six London stations, but plans are underway to extend the scheme to Bristol and Reading, ahead of a full nationwide rollout by the end of the year.

Used coffee grounds are converted by biofuels startup Bio-bean into ‘logs’ of fuel, which can be used for a variety of purposes, at a special plant in Alconbury, Cambridgeshire. Since Bio-bean and Network Rail entered into the partnership, some 790 tonnes of coffee has been converted into biofuel capable of powering 11,000 medium-sized homes for a year.

Last week, the scheme was highly commended in the BusinessGreen Leaders Awards in the circular economy project of the year category.

“Network Rail is one of the largest retail landlords in the country and we are proud to have been recognised for our sustainability credentials at the most prestigious green business awards in the UK,” said David Biggs, Network Rail property managing director.

“The commendation of our coffee recycling scheme shows that by forging close relationships with pioneers like Bio-bean and our station retailers, we are encouraging the adoption of greener energy initiatives across our stations and showing that transport hubs can play a key role in driving sustainable business practices.”