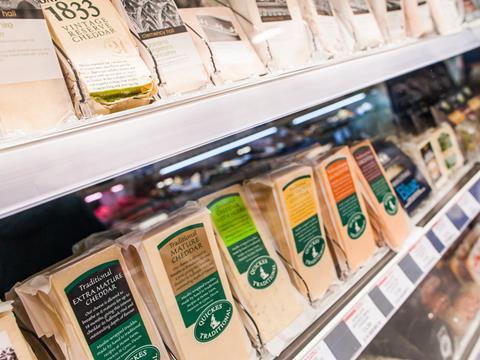 More than 90% of people in the UK would welcome a ‘plastic-free’ aisle as a measure to reducing the amount of packaging used in supermarkets.

Asked how they would feel about the introduction of a single aisle in supermarkets with zero plastic packaging, 91% of respondents to a survey commissioned by environmental campaign group A Plastic Planet said they would be happy to see the change brought in, with 81% saying they were concerned about the amount of plastic being used and thrown away in the retail industry.

The age group showing the most support for the initiative was older people, with 94% of people over the age of 65 saying they would support a plastic-free aisle, compared with 89% of 25 to 34-year-olds.

“It’s becoming increasingly clear that the Great British public wants a fresh alternative to goods laden with plastic packaging. Too much of our plastic waste ends up in oceans and landfill. Consumer demand for products that generate less plastic waste is higher than ever,” said A Plastic Planet co-founder Sian Sutherland.

“A plastic-free aisle would help supermarkets meet the needs of shoppers who are fed up of buying products covered with layer after layer of throwaway plastic.”

The survey was carried out by Populus, which asked 2,000 adults in the UK their views on plastic use in supermarkets.