The Grocer team goes to FareShare 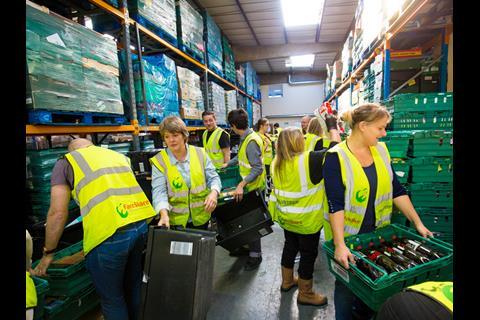 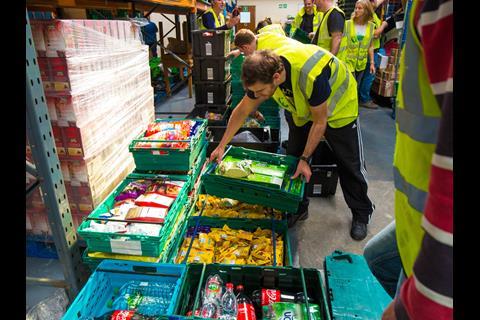 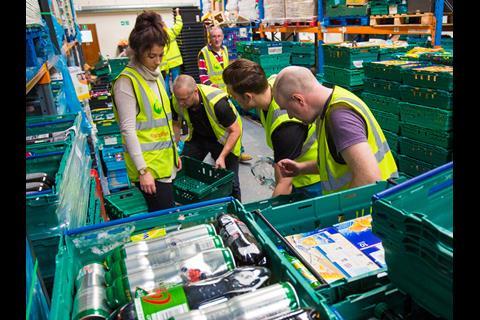 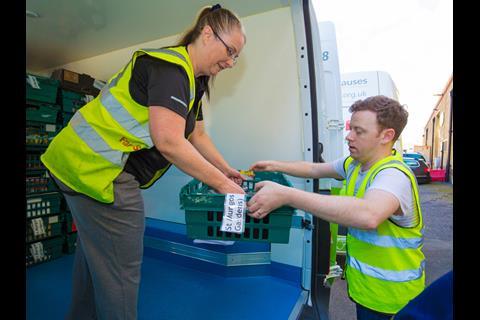 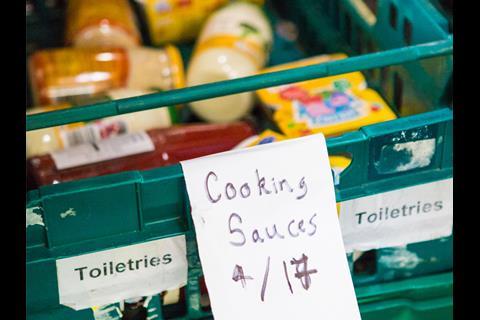 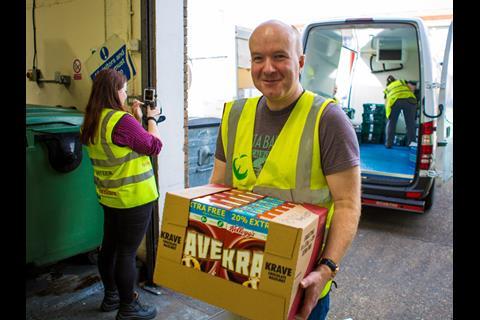 Bright and early, The Grocer team streamed into FareShare’s warehouse on the Deptford Industrial Estate last week, ready and willing to lend a hand. Over a quick cuppa FareShare CEO Lindsay Boswell began by spelling out the scale of the challenge, with Wrap estimating that 270,000 tonnes of edible food currently goes to waste across the UK grocery industry, of which FareShare currently only captures 10,000 tonnes (or less than 5%) across its 20 depots.

None of that surplus would be redistributed without dedicated volunteers, though. Overseen by manager William McGregor, the team at the London warehouse sort, pack and deliver hundreds of tonnes of food each year to more than 280 charities across the capital. These include homeless shelters, domestic violence refuges and kids breakfast clubs.

And so, decked out in hi-vis vests and steel-capped boots, it was time for The Grocer team to do their bit and help in working towards the Waste Not Want Not goal of redistributing an additional 100 million meals by 2018.

On a whistlestop tour FareShare’s development manager Rachel Ledwith led us through fridges brimming with leftover mussels, packs of prosciutto, perfect cauliflowers, ribs of beef and posh ready meals. How did it get there? Simple errors on labelling, dented packaging, or promotions coming to an end at a supermarket were just a few of the reasons, she explained.

Sifting through boxes full to the brim, before sorting SKUs into pallets of condiments, cereals, bread, cakes, tins (and many more), it was striking the products businesses would otherwise have thrown away: extra virgin raw coconut oil that costs up to £10 a tub, posh popcorn, lavish birthday cakes and artisan mineral water sipped by the likes of Paris Hilton.The same was true for piles of ambient stock only recently delivered from supermarket DCs and manufacturers, which it was our task to sort into pallets that could be easily divided up and delivered to charity.

There was plenty of non-food, too. At least 20 trays of toilet tissue, kitchen roll, cleaning products and beauty products were all stacked up together. There was even a brand new set of Salter scales.

As FareShare only delivers in-date food to its charity partners, some stock past use-by and best-before dates unfortunately had to be removed, with short shelf life bread and cakes two of the biggest culprits.

But after four hours’ hard toil (and a tea break), The Grocer team still managed to sort through more than 11 tonnes of surplus food, enough to provide charities with around 25,000 meals, before we were treated to a slap-up meal made from leftovers.