When progress on household food waste plateaued in 2017, Wrap turned to the mults for help, challenging them to join it in taking practical steps to help shoppers. From creative promotions to social media cook-offs and a dose of guilt – here are 10 practical suggestions from the experts … plus three controversial ideas for luck 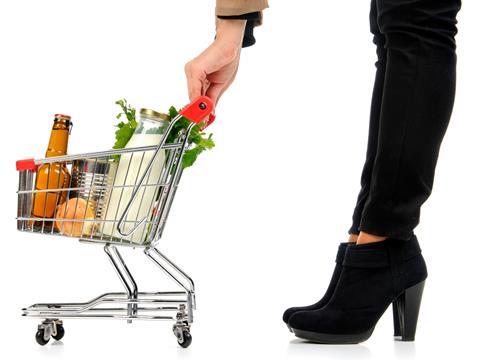 Supermarkets have access to reams of data on the nation’s eating habits. So, why not share it? In fact, why not develop an app that helps customers predict the volumes of food they need to buy each week, suggests Phillip Adcock, managing director at shopper research agency SBXL.

“I eat a lot of salad but I couldn’t tell you how many tomatoes I eat in a week, so I’ll head off to the supermarket and just pick stuff up, perhaps a box of tomatoes, eight sausages though we’re a family of three - and I don’t know what’s in the fridge,” he says.

With supermarkets already collecting shopping data via loyalty schemes “it can’t be a huge leap” to feed this back to shoppers via a simple app into which they could input the amount of food they’re throwing away. Take one from the other and consumers will have a clearer idea of what they need to buy.

With the advent of electronic shelf-edge labelling comes an opportunity to use promotions to help stores - and their shoppers - cut waste caused by products heading for their sell-by date, says Adcock. “With ESL we can change prices nationally in a split second - so why don’t we start saying sandwiches in the morning cost £2, after 2.30pm it’s 20% off, then at 5pm 40% off and discount it until it’s gone, leaving no waste?” he says. ESL supplier SES-imagotag says it’s already seeing success doing just this. Its trial with Spar stores in London reduced waste by 30% in only five weeks (as well as providing 100% pricing accuracy) and it’s now trying out the technology in M&S stores too.

3. Ensure shoppers are clued up on the lifespan of their groceries

Products allowed to head past their use-by date in UK kitchens are responsible for around two million tonnes of food going to waste in homes each year, says Wrap. But some supermarkets are already finding innovative ways to change that. Shoppers browsing across the Ocado range will see the precise number of days remaining on a product until it hits its expiry date (use-by or best before) and calculates an ‘average product life’ for items once they reach a customer’s home, taking into account the exact delivery slot selected. What’s more, the receipt is presented in use-by date order. 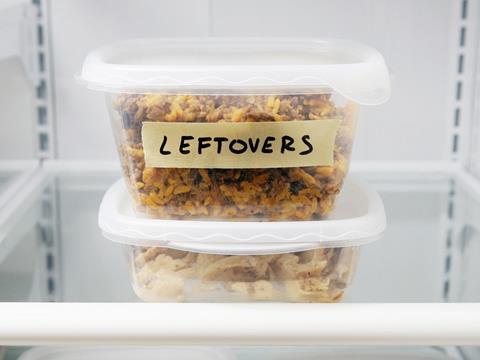 Supermarkets could also do much to clear up continuing confusion around the difference between use-by and best before date labels, suggests Tom Laranjo, managing director at Total Media. His advice to grocers is to start educating shoppers using a small number of core buys. “There are certain areas where people feel more violently than others: meat, milk and eggs - high-use goods where people have slightly mythological ingrained views on how important the use-by or best before date is. If a grocer were to address these key category groups it would have a cascade effect on all perishable goods and challenge those perceptions.”

4. Stock products in the size that shoppers want

“And not in the size manufacturers can make,” says Adcock. “The whole challenge of the supermarket is the fact that it’s almost impossible to shop for one. Stop packing desserts in twos and fours, crisps in multi-bags big enough to feed an army and fresh pasta in 500g packs, half of which only ends up in the bin.”

Single shoppers will accept this might mean paying a tad more, he believes. “They accept the fact that one unit will cost more per gram. That’s the way it is. If you buy 20 toilet rolls you know it’s cheaper than buying two.” And, given they’ll end up throwing substantially less away, it’ll all work out cheaper anyway.

Promotions that cater to single or two-person households are another way to address this, points out Nick Huismans, associate director at Newton . Experimenting with delayed bogofs, where shoppers return at a later date for their ‘free’ product has been trialled previously by both Sainsbury’s and Tesco, but so far “this initiative failed to take off” and “the industry is yet to see any worthwhile attempts to further encourage this behavioural change”.

5. Give shoppers an insight into the supply chain

It may have proved controversial, but Tesco knew exactly what it was doing when it slapped ‘fake farm’ brands on its meat in 2016. Convincing consumers that food was sourced from real British farms tapped into shopper emotions around “authentic British credentials,” says Laranjo. Playing on these emotions could go a long way to achieving the “same emotional payback” on waste.

“It’s not a short-term answer and would require messaging on multiple platforms,” says Laranjo, but if you were to “tilt the slant” to “supporting a complex and challenging supply chain where a lot of energy goes into making the end product, then you may start to challenge perceptions around how swiftly food is thrown away.” That could be on-pack labels spelling out the months of work behind a bag of spuds, or interactive video screens that educate shoppers on the carbon emissions behind their Sunday bacon.

Adding a sprinkle of science to packs to extend product lifespan is a strategy already being looked at closely by many major supermarkets. And their efforts are paying off. Only this month Tesco announced it had added two days of shelf life to its avocados using UV light treatment and improved film packaging, Sainsbury’s has added ‘snap pack’ technology to fresh aisles and biodegradable best before dates, which ripen at the same rate as produce, are in the early stages of development.

7. Let consumers cast a vote on where surplus food ends up

Engaging shoppers in the direct benefit to their local communities of donating surplus food is a “huge opportunity to use positive emotions to celebrate the payback of not wasting food,” says Laranjo.

This could be done by involving shoppers directly in the decision as to where food ends up, emulating the Waitrose ‘Community Matters’ tokens scheme. Handed to consumers at the till, these tokens allow shoppers to read about and select local causes to benefit from regular grants from the retailer. The same could be done to involve shoppers in selecting those organisations an individual store could partner with on waste.

Nearly two thirds (60%) of supermarket shopping is ruled over by our instinct-led System 1 brain, says Adcock. That brain “is hard-wired to gorge food and get all we can when it’s available” Any concerns shoppers have about wasting that food are strictly housed in the more rational System 2 brain.

So supermarkets need to find ways to switch on System 2 thinking. One way to do that, suggests Adcock, is using a jolt of guilt. “You need to make people think twice,” he says. “I’d be having images of mountains of food waste or food poverty, done tastefully, but making the point. You need to find ways of subtly playing on guilt. Then you need to take that feeling of guilt and assign it to wasting food.”

Gone are the days of the weekly shopping list scribbled on a notebook and carried round the store. But supermarkets can find other ways to help shoppers better plan their purchases, suggested Wrap CEO Marcus Gover speaking to The Grocer in 2017.

For example, labels on cartons of milk could include the average cups of tea or bowls of cereal from a pint. Loaves of bread could offer up clearer visual instructions on storage. Or packs of fresh mince could set out the number of individual portions inside. waste not want not practical tips

Introducing a little healthy competition could go a long way to transforming how shoppers see their scraps, suggests Total Media’s Tom Laranjo. In an age where GBBO gets more views than EastEnders, launching a creative challenge that asks shoppers to dream up inventive recipes with leftovers and share their results via social media could place a positive spin on a topic often shrouded in shame.

“If you can create a positive competition dynamic around this then you’re much more likely to get people sharing it among their peer groups and community,” says Laranjo. “That’s really important as peers reinforcing behaviour is a much more authentic way to drive behaviour change than being told.” Monthly winners could be promoted in stores or across a retailer’s social media channels, while brands could get involved too by co-marketing recipes using up their produce. “There are lots of ways to bring in different agents on this.” 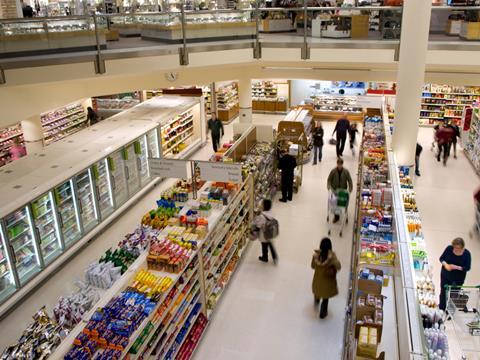 It might go against the instinct of a successful supermarket CEO, but selling less food is the only surefire way to ensure shoppers waste less. Here are three controversial ways they could try it…

In 2012, a study at Indiana University showed that by removing trays from a student canteen - and reducing the surface area for dinners to fill - less food was wasted. The same could work with trolleys, says Tom Laranjo at Total Media, by ditching huge trolleys you can fill with huge amounts of food.

“It’s well known stores are good at switching up store layout to break consumer habits,” says Laranjo, “which encourages you to purchase more items than you need.” Stop doing that and the familiarity means people can focus only on those things they want.

Often stores use big data to hide bestselling products out of reach at the rear of a store, says Laranjo. Flip that around and supermarkets can “make a store experience quickly navigable” so people buy less. And waste less.

To find out more about our campaign and to sign our petition go to thegrocer.co.uk/wastenotwantnot